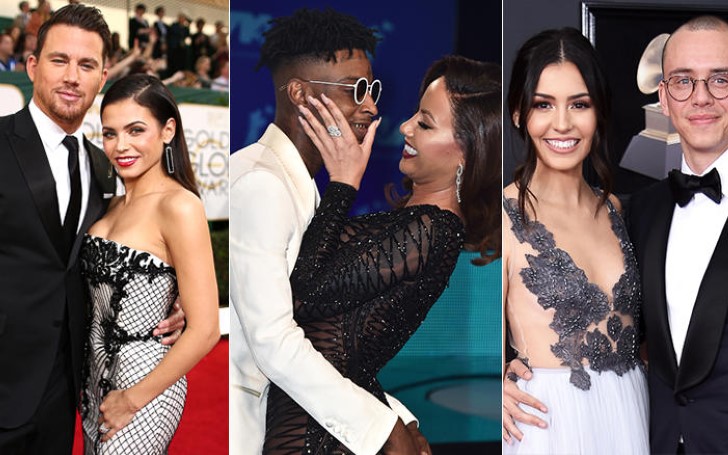 Falling in love in Hollywood is a fairytale. Whether the Hollywood stars meet each other on a set or an event, when they get into a relationship, they all end up manifesting us a beautiful magical miracle.

However, sometimes the fairytale relationship can turn into an unhappy ending when less fortune favors on their side and fate. With being a Celebrity in Hollywood also comes a big challenge in managing their personal and professional life both. Absolutely, celebrities are no expert in handling everything that goes in their life. As a matter of fact, they are too just like the rest of ordinary human beings.

Also, the limelight and spotlight that shows the glamorous Hollywood life don't always mean they have everything going on perfectly. They suffer and make mistakes like the rest of us. Likewise, unfortunately, 2018 also had to witness our favorite Hollywood couple split into two. Scroll down to see what famous Hollywood couple had a difficult breakup.

Our Rap Queen Cardi B didn't go through happy ending with her relationship with Migos Rapper Offset when she caught Offset cheating on her. Both rappers were married for a year until Cardi B called it quits.

The ex-duo also shares a daughter together named Kulture. However, the Grammy-nominated female Rapper says she is still friends with Offset.

(Click the link in my bio for the full video tea ☕️) Chad and Michelle Williams call off the engagement ... they were so cute together @shaunie_b_entertainment #michellewilliams #chadjohnson #ownnetwork #engagement #love #gossip

Destiny Child singer Michelle Williams is now officially on one of the Single Ladies lists. Michelle announced the breakup news with now-former fiance Chad Johnson on the same day she released her new single Fearless.

The singer also revealed the reason behind their breakup. She says she's currently focusing on her music and her mental health. Furthermore, in an interview, she also said that Chad prayed for a wife but not for a depressed wife.

'Even almost got married and for Pete, I'm so thankful' Ariana Grande sings about her now ex-fiance Pete Davidson in her hit song Thank U, Next.

The ex-couple even moved in together in Ariana's apartment in New York but alas, they couldn't last. Rumors are stating that Pete has now blocked Ariana on his Instagram.

Paris Hilton and Chris Zylka were engaged for 10 months but this Hollywood couple didn't last either. The couple was also rumored to have planned big weddings around different cities of the world. The ex-duo met more than seven years ago but got close only before two years.

You May Also Like: Singer Michelle Williams Separated With her Fiance After Nine Month of Engagement

The Bachelorette stars Kaitlyn Bristowe and Shawn Booth ended their engagement of three years. Both Kaitlyn and Shawn met each other on the reality TV show. Shawn is now rumored to be dating WWE host Charly Arnolt.

The Make Me Cry singer Noah Cyrus, youngest sister of Miley Cyrus dated Rapper Lil Xan but unfortunately, the two couldn't have good terms on their short-lived relationship and broke up in September this year.

The Rapper wrote on his Instagram that he felt like he was being cheated on. However, Lil Xan later confessed in an interview that it is his fault that the couple broke up.

I am so sad! i loved them together! 😢❤️ but I'm happy they ended it on good terms☺️ @liampayne @cherylofficial

One Direction singer Liam Payne and X-Factor judge Cheryl Cole are also among the celebrity couple that broke up this year. The couple also shares so son together named Bear Payne who was born last May. The couple states that they still have so much love for each other as a family.

Actor Channing Tatum and Jenna Dewan broke up earlier this year in April. The couple announced their break up news on Instagram. The actress has now even filed for divorce and asked for the custody of their five years old daughter, Everly Tatum.

A post shared by SOPHISTICATED WEDDINGS (@sophisticatedweddings) on Aug 6, 2015 at 11:26am PDT

Love was gone for Friends actress Jennifer Aniston and her former husband Justin Theroux. The Hollywood couple was married for two years until they separated in February this year. However, both actors revealed that they have mutual love and respect for each other.

Although celebrity breakups are not easy especially when their whole life activities are always surfaced on the internet. Let's hope these celebrities find their perfect match next year or even sooner.