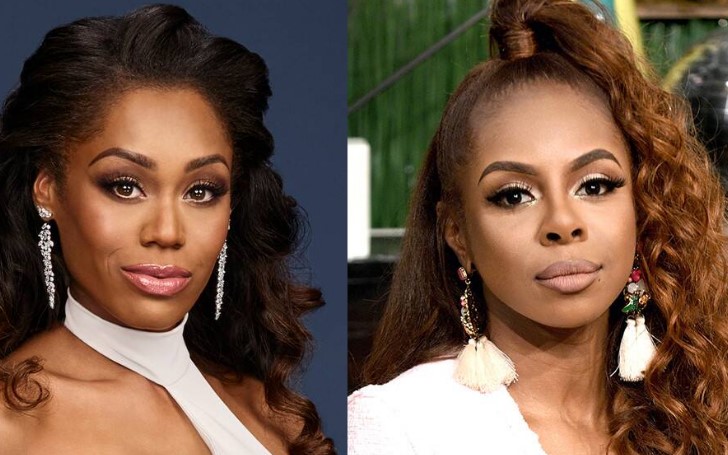 Tension surfaced around 'Real Housewives of Potomac' star Monique Samuels as she was charged with second-degree assault. Monique was allegedly charged of getting into a physical fight with the c-star Candiace Dillard Bassett.

According to the Montgomery County court, Monique received a summons on Thursday; the 36-year-old is scheduled to appear in the District Court on February 6, 2020.

The complainant of the charge accused Monique of the second-degree assault, according to the court document, the incident happened on 6th October 2019.

Also See: Get To Know The Cast of The Real Housewives of Potomac

As reported by one of the media outlets, the fight occurred between the two reality TV stars at a dinner party during filming. One of the close sources also claimed Monique grabbed Candiace, 32, by the hair, and pulled her down.

The cause of the fight is still unknown.
Source: Instagram

Dillard's attorney said, "At this time, we do not want to say too much and just allow the criminal process to play out. We only ask everyone to pray for our client, Candiace, and her family."

While Samuels' attorney, Scott Bolden, said, "Ms. Dillard has a public reputation for aggressive, belligerent and threatening behavior that has played out repeatedly on the Housewives of Potomac for millions of viewers to see for themselves. To be sure, my client did nothing but defend herself in the face of more very aggressive behavior by Ms. Dillard."

During all this fuss, it's still unclear why the fight broke out between the two stars. For more information on your favorite celebrities' lifestyle, stay tuned to Glamour Fame, and don't forget to sign up for the newsletter.