home Entertainment Morgan Wallen Girlfriend: Find Out About the Singer's Dating Life in 2020

Morgan Wallen Girlfriend: Find Out About the Singer's Dating Life in 2020 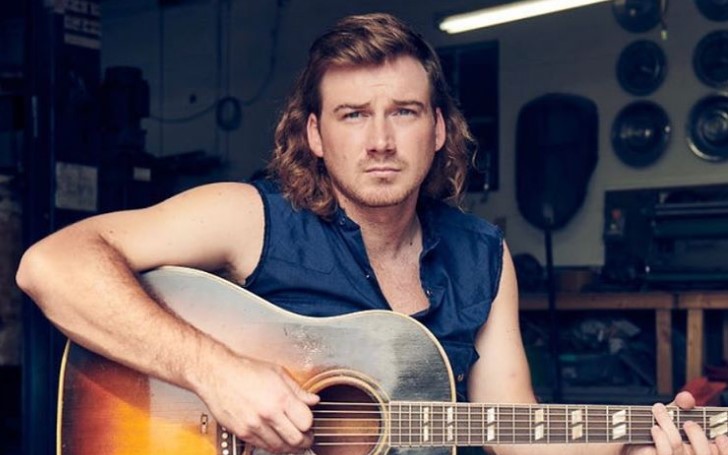 Here's what you should know about Morgan Wallen's girlfriend in 2020.

Wallen singles include 'Up Down' featuring Florida Georgia Line, 'The Way I Talk, 'Whiskey Glasses,' More Than My Hometown,' "Chasin' You," and "7 Summers."

While talking about Morgan's early life, the country music singer was born in Sneedville, Tennessee, on May 13, 1993. Before he dived into singing, Morgan was into sports; The singer played baseball in college but had to quit it due to injury.

But Morgan always had that soft corner for music, the singer took piano and violin lessons as a child. In 2014, Wallen competed on Season 6 of 'The Voice.' He was eliminated during the playoffs but the competition really helped Wallen further his career as a singer/songwriter.

Also See: Li Meng Yan Debunked - The Chinese Virologist Has an Indian Husband; Is this an Instance of Another Conspiracy?

Well, we assume you already know about Morgan's excellent musical career, but how well do you know about his love life? Do you know whom he is dating in 2020? Let's find out.

According to the reports, Morgan Wallen is single in 2020. But some sources revealed it's been not too long that he broke up with his ex-girlfriend. The country music singer/songwriter, Morgan Wallen, was in a relationship with his former girlfriend, Katie Smith.

It's still not known for how long the couple dated, but it's confirmed they broke up recently. The reason for our claim is, the singer recently became a dad. Morgan Wallen and his ex-girlfriend welcomed a baby.

The singer announced the news on his social media. Taking to his Instagram, Morgan uploaded a picture of him holding his newborn.

"Little Wilder, I’m a changed man. Since you came into the world Friday, I see mine differently now. It’s not just me anymore, and I’m glad it’s not. This year has been the hardest of my life in so many ways, but that’s not what i will remember it by. You are."

"You are a gift and this tough year just made sense. I’ll be the Dad you deserve as well as the co-parent your mother deserves. Since you were born, I know that every decision I make will be with you in mind. I promise I’ll always protect you, and do my best to be an example of a good, godly man just like my daddy was for me."

"I knew this day was coming when I got to share this news with y’all. And I’m glad that day is here. I didn’t know what being a dad would feel like, honestly have been a little scared. But it’s the coolest damn feeling, and I’m ready for whatever God has planned for me and my little guy."

"He’s healthy and happy and while I’m typing this I’m getting in the truck to go hold him right now. Thank you for all the love and prayers. Thank you to my friends and family who have called and texted me letting me know how happy they are for me and that I have their support. I can’t wait to see him hook into his first big one. Indie Wilder."

You May Also Like: History of Rollo: The Viking Who Was the First Ruler of Normandy