home Entertainment History of Rollo: The Viking Who Was the First Ruler of Normandy

History of Rollo: The Viking Who Was the First Ruler of Normandy 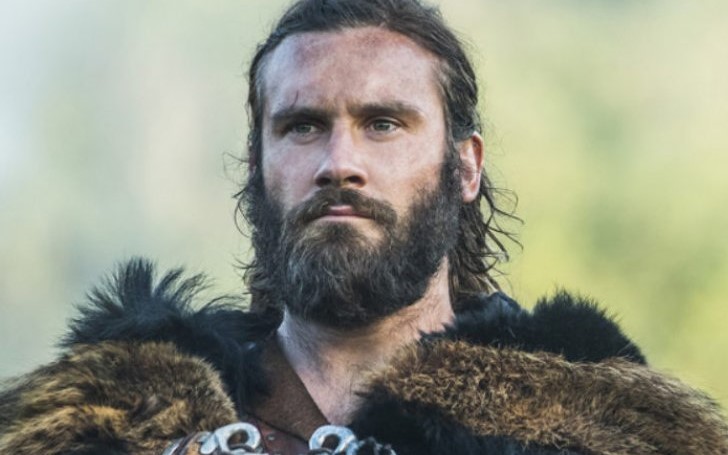 Here's what you should know about Rollo, the Viking who was the first ruler of Normandy.

We are pretty much sure you are familiar with the name 'Rollo,' if you are a fan or heard of the History Channel's series, 'Vikings.' On the show, Rollo was the brother of King Ragnar Lothbrok.

Rollo, played by Clive James Standen, was introduced in season five of Vikings. Well, when it comes to the series, he exactly was not a fan favorite, but the character was compelling, to say the least.

If you haven't watched the show yet and planning to, then we will stop spoiling things for you here. But what's interesting is, the character of Rollo, like many others in the series, is inspired by a real person.

Also Read: Vikings star Marco Ilsø Facts That You Might Not Know.

So, who was Rollo? Why he is known as the most excellent Vikings of all time, while on the series it focuses on King Lothbrok. We did some history fact checks and have come up with some exciting details. So, without further ado, here's what you should know about Rollo.

Who Were the Vikings?

So, before we begin to describe Rollo, you should know who were the Vikings, and the place "Normandy." We assume a lot of you already know more or less about these terms, but for those who have no idea, Vikings were the seafaring Norse people from Southern Scandinavia.

We are talking about the period from the 8th to 11th centuries, there was no Denmark or Sweden, or Norway, but Norse's smaller kingdom was gradually increasing to these regions. And what's interesting is, Norse, during the Viking Age, were technologically, militarily, and culturally advanced.

Following Vikings' decades of exploration around the coasts and rivers of Europe, they established Norse communities and government expanded across European Russia, Europe, Belarus, Ukraine, North Atlantic islands all the way to North America. The Norse and their descendants established themselves as rulers and nobility in those regions.

And while talking about Normans, they were the descendants of Vikings who conquered and gave their name to what is now Normandy. The Normans were descendants of those Vikings who had been given feudal overlordship of areas in northern France, namely the Duchy of Normandy, in the 10th century.

Rollo: The Viking Who Was the First Ruler of Normandy

For people who have watched the History Chanel's show, 'Vikings,' are more or less familiar with what Rollo did in his period. The first ruler of Normandy headed a group of Danes and Norwegians used to pillage the coasts of the North Sea.

A real person inspired Standen's character on the series. Here's the statue of the first Duke of Normandy, Rollo.
Photo Source: Britannica

Moreover, Rollo's group also served as mercenaries of whoever hired them. Following his exile from the Kingdom of Norway, Rollo commanded expeditions to Scotland, Ireland, England, and Flanders.

Though Rollo's tales are great, his whereabouts or origin are still hazy. Some Norman writers refer him as Danish, but that's a very generic claim, while some claimed Rollo was Norwegian of noble lineage.

You May Also Like: Gustaf Skarsgård Famous For His Portrayal of Floki in Vikings; Five Facts to Know