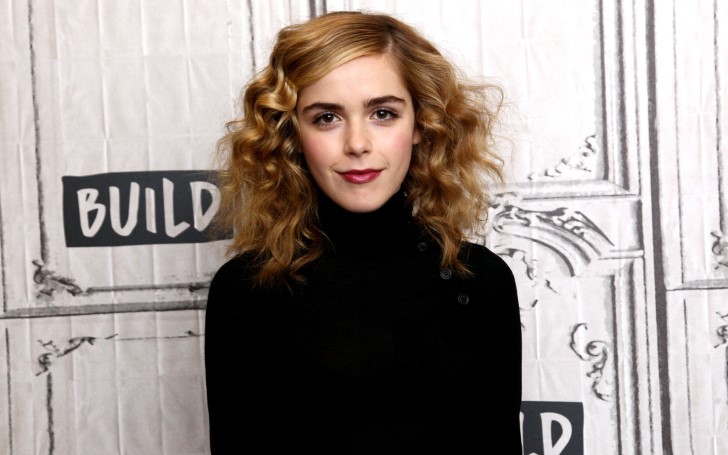 If one can compliment their beauty with talent, then there is no doubt the sky is the limit. Today, in this section we shall be listing the top 10 gorgeous teen actresses in 2018 who are bound to make your heads turn.

These young beauties possess the talent to go along with their looks. It remains to be seen if their popularity keeps rising or fades with time. It'd be a shame if it's the latter.

The Walking Dead fans will do well to remember Lizzie Samuels. Brighton Sharbino is the lady who portrayed the role and she is the No. 10 teenage beauty in this list. One cannot overlook the confidence on her face as she portrays her characters with the greatest of ease. Moreover, she has featured in The Jungle Book and Miracles of Heaven.

Serving you @chanelofficial for breakfast lunch and dinner 🌶 #chanelinbangkok

Having good looks is a cakewalk when your father is Johnny Depp and your mother is legendary Chanel model muse, Vanessa Paradis. She's already a frequent front-row attendee at Chanel's couture shows and is currently the face of the French house's No. 5 L'eau fragrance. Moreover, she has featured in movies such as The Dancer, Planetarium, and A Faithful Man.

It's s(no)w secret, our squad is coming to @netflix November 13th! 🌨@dreamworksshera #sheraandtheprincessesofpower princessesofpower #shera #frosta #comingsoon Check out my story for a Q&A! ❄️💙✨🌈🌟⚔️

At No. 8 we have a cute exemplary actress Merit Leighton. Born in California, this teenage celebrity started her career at the young age of just five. Her most notable performance is that of Doreen Portman in the movie, A Tiger’s Tail. She is a fantastic voice artist as well. She has lent her voice for Lucinda the Witch on Sofia the First.

Olivia Rodrigo is one of the youngest stars in this list. She managed to land the lead role of Grace Thomas in the movie, Grace Stirs Up Success. Moreover, she is an extremely hard working personality. Her remarkable effort was evident in the role of Paige in the film, Bizaardvark.

not sure when this was taken but here we gooo

At just 14 years, this beautiful actress Eloise Webb is a bundle of explosive talent who is No. 6 on the list. She is British by birth but her parents moved to the US later. She is notable for portraying the younger version of Cinderella in 2015. The best thing about this beautiful girl aged just 14 is the professionalism she brings to her approach to acting.

At No. 5 on this list, we have a cute actress Veronika Bonell who carries a great passion for horse riding. Belonging to Thousand Oaks in California, Veronika is an unconventional actor in the mold of Jodie Foster. Just 16 years of age today, you can never say, she might one day outshine her idol as well.

You knew I was gonna hit you with more shots from this shoot 😏 which pic is your favorite? 🖤

At No. 4, we have an actress who bears a slight resemblance to one of the top actresses today, Jennifer Lawrence. She is most notable for featuring as Amanda in the Disney show True Jackson. Ava Allan is the proud owner of a YouTube Channel and has acted in various commercials like Nissan, Hyundai, and The Angry Birds.

falling in love with fall 🍁 🍂

Bailee Madison is the only actress among the top 10 in this list who has literally rubbed shoulders with bigger stars such as Natalie Portman and Tobey Maguire. Moreover, she won a Critics Award nomination for her role in the film, Brothers. Furthermore, she has acted along with another child beauty, Selena Gomez in the Disney show, Wizards of Waverly Place.

The sweet actress Erika Bierman is No. 2 in the list. She is well-known as the star from the Hunger Games – Catching Fire. As a matter of fact, she wrote a fantastic monologue catching the eye of reputed agents and managers. This landed her the role of one of the granddaughters in The Hunger Games. An avid gymnast, she is a voice artist as well.

You Might Also Be Interested: Nick Jonas Heads Back to the U.S. After Marrying Priyanka Chopra in India

No. 1 on the list is Kiernan Shipka who seems destined for greater things. By the age of six, she started making a mark. She is talented enough for people to remember her role as Sally Draper in the AMC TV series, Mad Men. Impressively, she is a black belt in taekwondo as well.