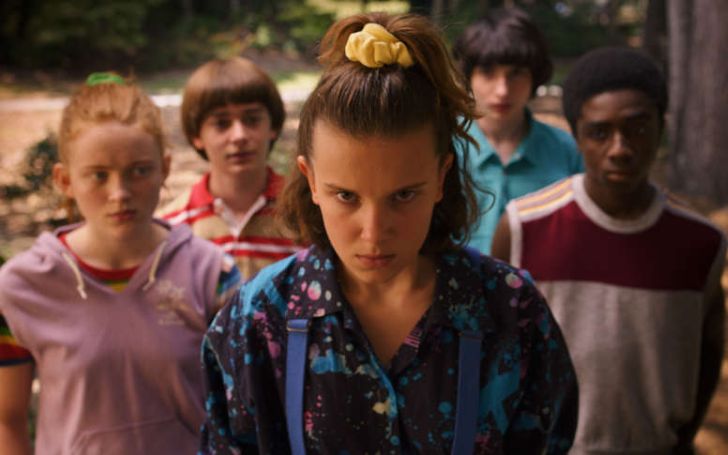 A month from today and fans will finally get to watch the new season of Stranger Things on Netflix. But Netflix is making things more exciting for their beloved fans.

According to the series recent news report, Netflix will release all the new Stranger Things' soundtrack from its third season on 5th July.

Legacy Recordings, a portion of Sony Music Entertainment will distribute the physical copies of the music in cassette and CD versions along with a 12" vinyl edition.

The vinyl edition which carries a mini-posture and bonus 7'' vinyl single, however, will be only available from 26th July.

News claims the CDs consists of 15 original classic tracks with the '80s style genre as well as a debut recording of the cast.

The products will be available to purchase from Target, Walmart, Urban Outfitters, and Barnes & Noble.

David Harbour, one of the casts previously opened up a little about the third season saying: "Millie [Eleven] is growing up and I think that's the terrifying thing for Hopper. He doesn't like the idea of his baby daughter hanging out with boys. So the season starts with him a little bit uncomfortable. His daughter is becoming a teenager and beginning to find herself, so that's scarier for Hopper than any Demogorgon creature that he's going to have to deal with."

"You get to see a lot of that throughout the season and it's very unexpected what happens in the end and it's very, very moving. I think episode eight is the most moving thing we've ever shot," he added.