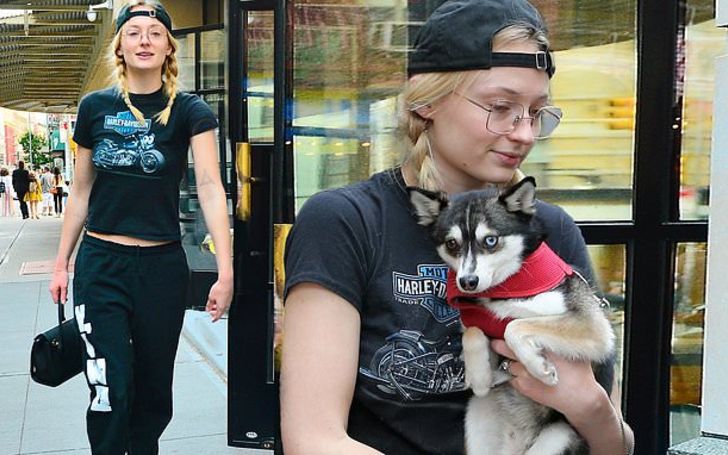 The newlywed Game of Thrones actress Sophie Turner (Jonas) looked super casual when spotted in the street of Manhattan, New York on Saturday.

Although the actress looked different in a slight goth look, something the onscreen Sansa Stark is not used to being seen with, it wasn't Turner who stole the attention.

The wife of singer Joe Jonas was pictured cradling her pet, Waldo, an Alaskan Klee Kai similar to Husky whilst she was out and about in the New York City. 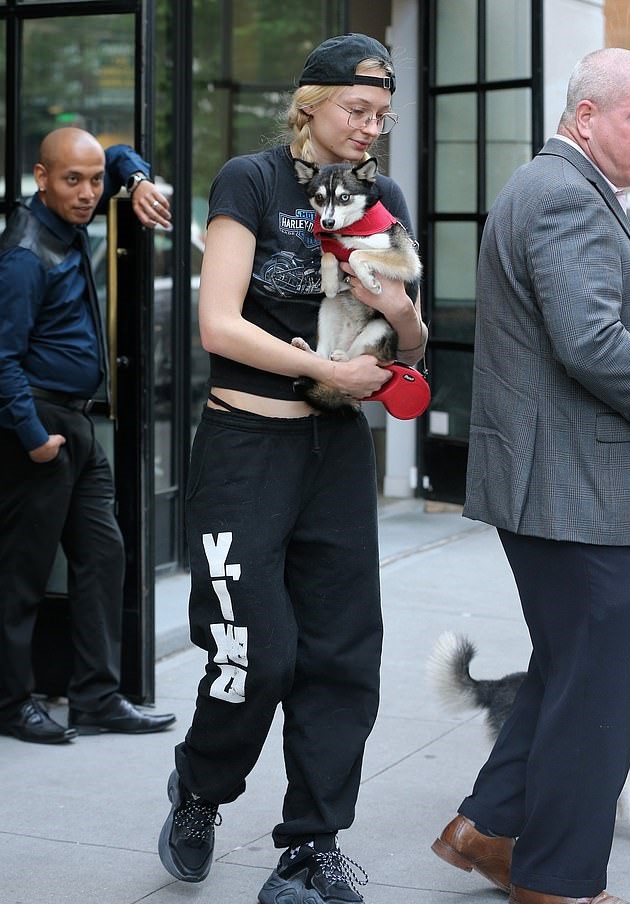 Keeping everything about her look casual, Sophie who recently revealed in an interview that she will never reprise the role of Sansa Stark wore everything black from top to toe.

Turner was bestowed in a black Harley Davidson T-shirt which she accompanied with black baggy sweatpants and a matching black snapback.

The 23-year-old kept everything simple whilst not opting to accessorize the look except for carrying a black matching handbag. 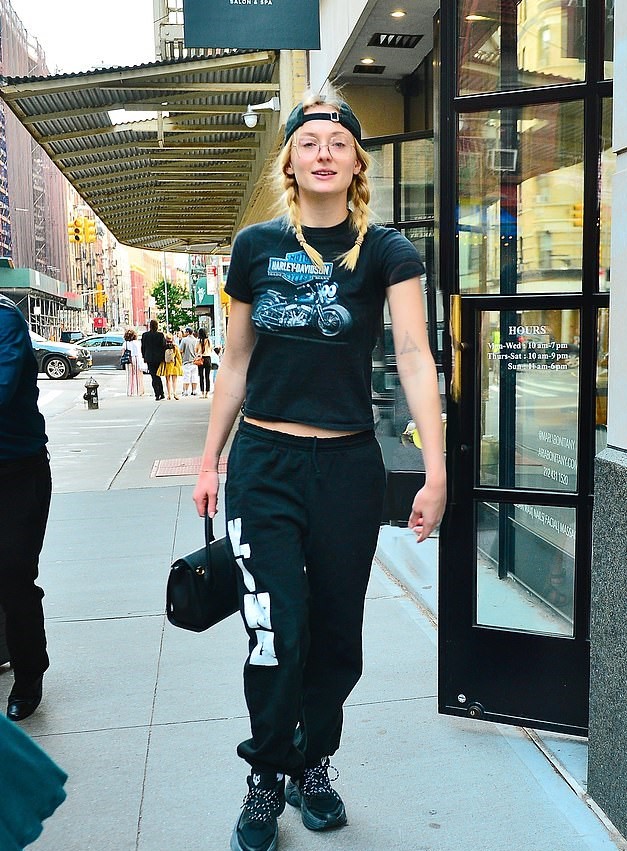 Keeping her shoulder-length short hair in two braids underneath the snapback, Sophie went for no makeup whilst adding a transparent clear frame glasses to her face.

The British actress then completed the look with a pair of black matching sneakers.

In addition, Sophie shares Waldo with husband Joe along with their other dog, Porky Basquiat, of the same breed.

The fresh appearance of Sophie comes right after she returned from China where she promoted the premiere of her latest film, 'X-Men; Dark Phoenix'.

As a matter of fact, Sophie reportedly hit New York to record her part of the appearance on the new episodes for 'Live! with Kelly and Ryan'.

The new X-men sequel directed by Simon Kinberg made with a budget of $200 million highly focuses on the character 'Jean Grey', portrayed by Turner.

The Marvel Comics' superhero film releases next Friday in the US and next Wednesday in the UK.