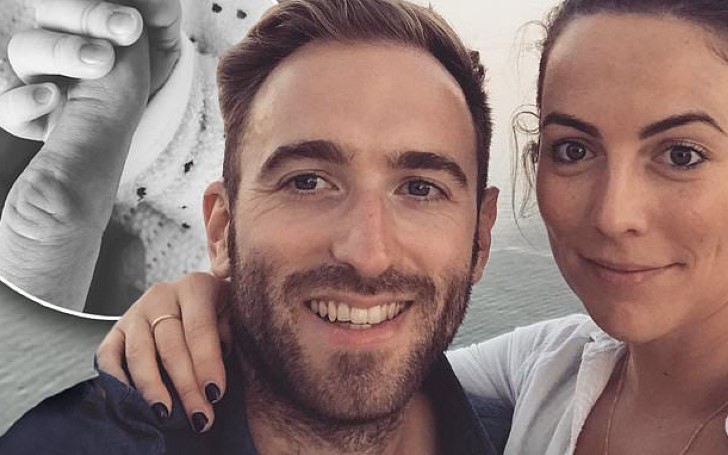 Radio Personality Jack Laurence is now a father for the first time. His wife Becky Kate gave birth to their first child who is a daughter on 13th December 2018. The news of the delivery was announced via their Instagram.

The anchor posted a picture of their newborn on their Instagram. However, the whole face of the child and her body is not completely shown in the picture. The picture includes the hand of their daughter holding what is presumably Jack's finger.

In the caption of the photo, Jack mentioned the sex of the newborn and also announced the name of their child. He declared:

"It’s a girl! 🥰 Ava Emily Laurence born at 6:17pm on December 13. I am in awe of what my amazing wife went through to bring this little princess into the world!"

He also thanked his well-wisher for the messages he has been receiving over the week.

Jack who is a Gym lover posted a picture with his pregnant wife last month saying that he was excited to meet the mini version of them.

In a radio interview, Jack proclaimed that he and his wife didn't want to know the gender of their child until the baby was born. However, the former Project host and comedian, Dave Hughes learned about it (the gender of the child) before the couple.

Dave stated that he found himself staring at the envelope which presented the gender result of their child. To what was stated, he pretty much stared at the envelope from each and every angle.

But, Jack did accidentally try to see whether the child was a girl or a boy.

He even revealed that Hughesy was sworn to keep the secret about the sex of the child. Furthermore, Jack joked that he had bet over $5000 with Dave.

Congratulation to the new parents.