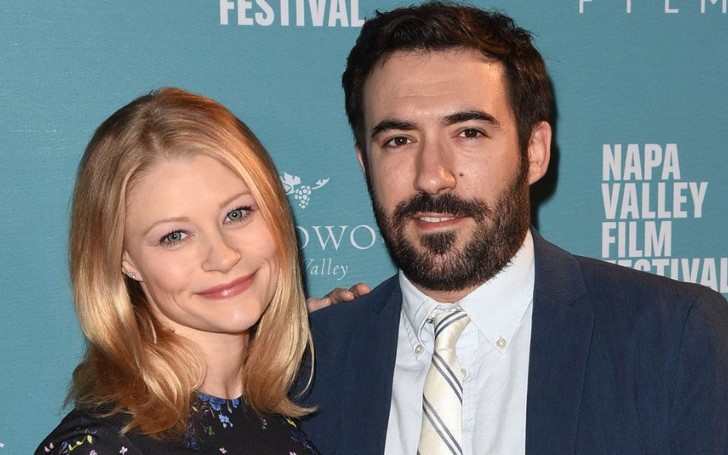 It's a boy for The Remember Me actress, Emilie de Ravin who just gave birth to her second child with husband Eric Bilitch.

The couple already became parents when they had her first child who's a daughter named Vera Audrey de Ravin-Bilitch.

Emilie shared the happy news herself on her Instagram by posting the picture of her newborn. As a matter of fact, the couple even already named him; Theodore Kubrick de Ravin-Bilitch. She wrote in the caption:

Theodore Kubrick de Ravin-Bilitch was born at home on December 9th. Welcome to the world beautiful boy! We’re so excited you’re finally out here to play with us! We love you so so much Theo xoxoxo.

"Theodore Kubrick de Ravin-Bilitch... Born at home on Sunday, December 9th. Mum was amazing, Vera is thrilled to be a big sister, and we’re all very in love with baby Theo!"

You May Also Like: Meghan Markle Made Surprise Appearance at British fashion Award

Husband Eric too shared the exact photo of Theo saying:

"Theodore Kubrick de Ravin-Bilitch... Born at home on Sunday, December 9th. Mum was amazing, Vera is thrilled to be a big sister, and we’re all very in love with baby Theo!"

The fall 2018 issue of LA Baby magazine, featuring actress & LA mom @emiliederavin on the cover with her adorable daughter, is here! Check it out & make sure to get your tickets to the 2018 #LABabyShow: https://t.co/KkYM7iZJL4 pic.twitter.com/eHQbIO3KSP

Emilie reportedly did a shoot for LA Baby Show cover page in October along with her daughter Ver. She can be seen showing her belly bump wearing a black top and pant.

The happiness on being pregnant can be clearly visible on the actress' face.

Emilie was previously married to Josh Janowicz in 2003 but the ex-pair officially divorced in 2013.

Emilie and Eric only got engaged in 2016 after being together for nearly two years.

Congratulation to the beautiful family of now 4.