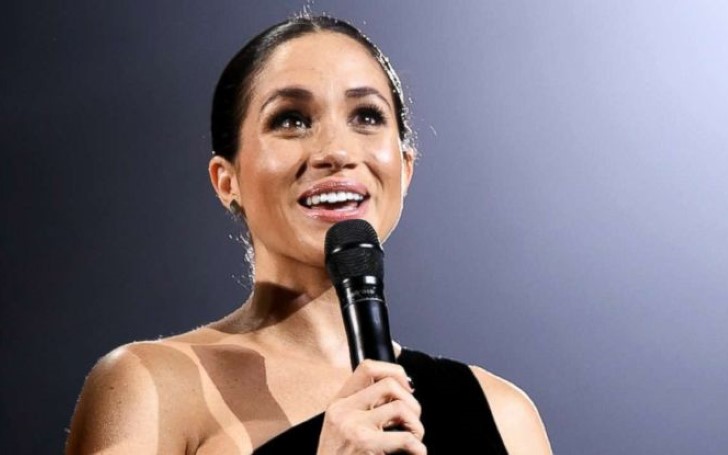 The Duchess of Sussex, Meghan Markle surprised everyone after she gave her appearance at the British Fashion Award with a special reason.

Markle walked with a baby bump in one shoulder black dress. She was looking just amazing as usual at the event. 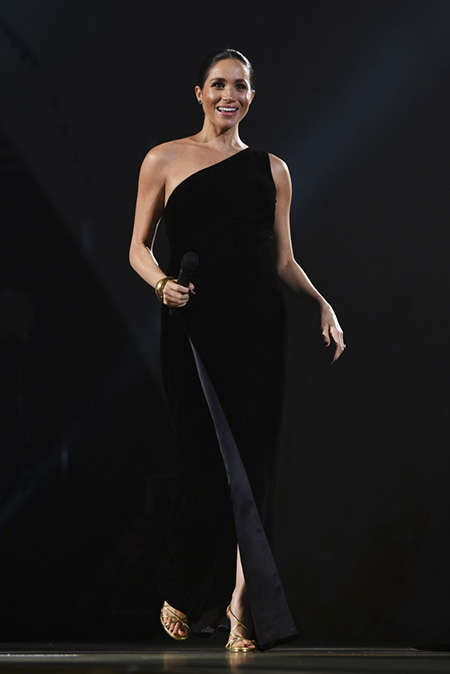 On 10th December 2018 on Monday, Meghan Markle attended as a special guest at the 2018 British Fashion Awards.

Discover: Kensington Palace Confirmed that Prince Harry and Meghan Markle are Moving Out, The Real Reason is Here

She was at the event for the reasons including honoring her wedding dress designer, Clare Waight Keller of Givenchy, with the British Womenswear Designer of the Year award.

For the event, she wore a one-shoulder cut Givenchy black gown accessorized with a gold bangle bracelet by Pippa Small worth $430. She teamed up the look with Tamara Mellon's $550 strappy heels. Keeping a sleek low bun and minimal make-up completed her gorgeous look.

She walked on the show with a great smile and the baby bump. Meanwhile, Meghan went against the royal family's affinity by baring one shoulder and a rocked plum nail polish which is a complete no-no for the royal family members. 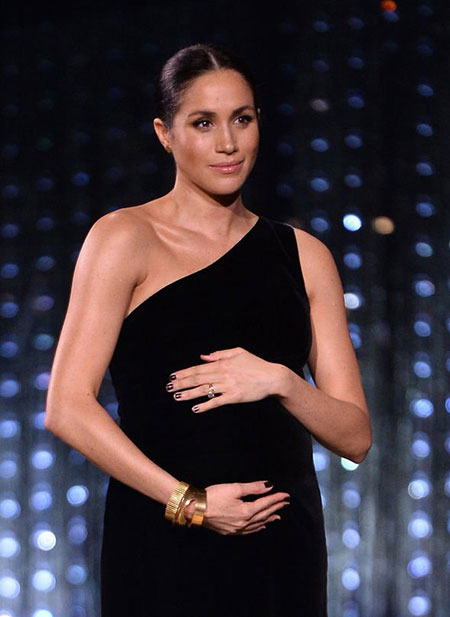 She added cradling her baby bump,

''It's so nice to see so many familiar faces, many of you I've known for quite a while and a lot of you that I've been able to meet in the past year. So thank you for the warm welcome.''

Later, the designer thanked the Duchess of Sussex for enlisting her for Markle's bridal gown. Earlier, Markle and Prince Harry joined together for his Annual Christmas tradition.