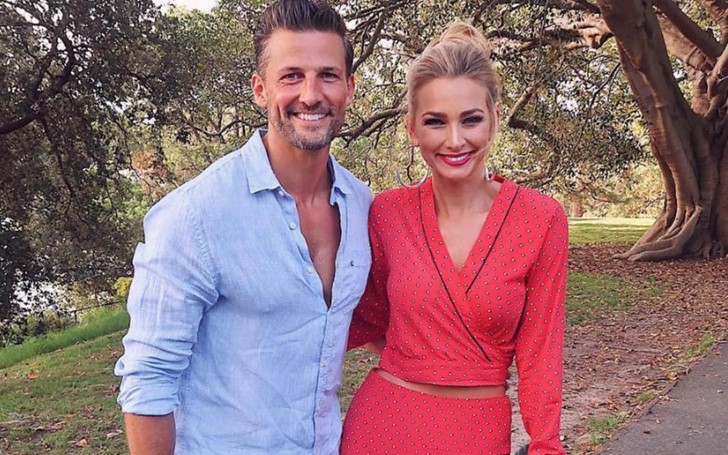 Aussie actor Tim Robards and Anna Heinrich share top fitness tips that have helped them in being fit.

The Bachelor (Australia) star Tim Robards and Anna Heinrich have shared their top fitness tips. The actor revealed some of their fitness tricks to The Daily Mail Australia. The actor says 'less is more' when you first start your fitness and gym schedule.

Robards who also has his own fitness program called The Robards Method says it is important to start a health kick by following a strict diet. Mr. Robards also stated that the exercise regime is not easy at all.

This is not what I expected... #invitesaidSwingersParty 😝

The 35 years old actor says he does a lot of outdoor training. He even tries to swim and run at least once a week. The actor uses more legs-based training. Similarly, Tim is also a fan of power vinyasa yoga which he does twice a week.

My sexy wife! Anna is sexy to me because she treats everyone she meets with love and kindness, no matter who they are... always putting everyone else ahead of herself, a beautiful person inside and out... Ok, enough flattery now but it had to be said!

He believes that to do something every day that makes one sweat, and that involves muscle groups is what gives him strength and stability.

You May Also Like: Jana Kramer Slams Body Shamers After Two Weeks of Giving Birth

Similarly, his wife Anna says the tips and tricks to her staying fit is feeling healthy. She says that feeling healthy is more important than what one feels like from their look. Anna believes confidence is the key.

What a year!!! I can’t believe it’s already been 6 months since we said I DO 💍 @mrtimrobards 🖤 In today’s BW MAG for @dailytelegraph 🖤 Great shot & inspo @timhunter 🖊 @mercmaguire H&M @maxmade #BWmagazine

Anna reveals she is an extremely active person and loves attending classes whenever she gets the opportunity. Not only that, but she even attends body attack classes at Fitness First at least twice a week. She mentioned the classes helps her tone the unwanted wobbly bits.

Besides that what interestingly the actor does is she tends to take the stairs over the elevator and prefers to walk where possible.

Stunning and charismatic pictures of possibly the fittest Australian couple can be found on their social media where they actively keep posting them. Both Anna and Tim met each on the set of The Bachelor more than 5 years ago. The couple only got married in June this year in Italy.