home Entertainment Who is Nicole Franzel's Boyfriend? Find Out About Her Relationship

Who is Nicole Franzel's Boyfriend? Find Out About Her Relationship 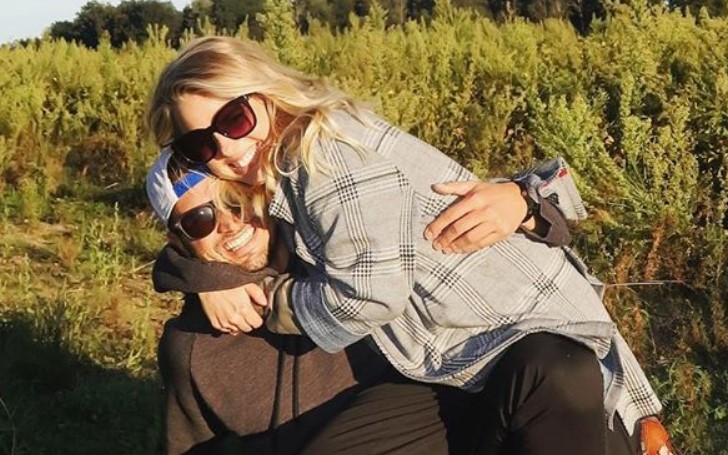 Here's what you should know about Nicole Franzel's boyfriend.

Following her appearance on season 16, Nicole becomes the returnee contestant on season 18. The television personality earned the power of Head of Household two times during the season, week first and week 10.

Franzel, moreover, earned the power of veto twice, which really helped her on her winning journey. Her less aggressive strategy on season 18 really worked for Nicole during the season and won.

Following her stint on Big Brother, Franzel appeared on other reality shows like The Amazing Race season 31, alongside her boyfriend. Who is Nicole Franzel's boyfriend? Let's find out.

Who is Nicole Franzel's Boyfriend?

Nicole Franzel is in a relationship with her boyfriend, Victor Arroyo. The couple met on the set of Big Brother season 18, and they are together ever since. The pair competed on 'The Amazing Race' season 31 and was placed fourth.

Their connection, however, was not the same from the start. During the 18th season of Big Brother, the couple were not close, in fact, Franzel was interested in fellow house member, Corey Brooks, while Victor was not seeking anything romantic at all.

But, look at now, the couple is engaged, and we couldn't be happier for them.

Following the conclusion of BB season 18, Franzel and Arroyo reconnected after a year and instantly clicked. Victor then moved to Michigan to remove the distance barrier between them, and the rest is all history.

It was, however, not all rainbows and butterflies for the couple. The Amazing Race really put their relationship to test. The couple was already engaged back then and planning a wedding.

But they delayed it, as the couple took time to think over again about their relationship following 'The Amazing Race.' The two were just lingering things, until last summer.

Nicole returned to the 'Big Brother' again, thinking she was just going to host a competition. Little did she knew, Victor had other ideas. All the guests were locked inside the HoH room while Nicole searched the house for signs of anyone.

And while she was utterly out of clue, Arroyo surprised her, making an appearance on the television screen and revealed she wasn't there for a competition.

Victor proposed her on the show, as he started, Arroyo said, "You are my soulmate." He got down on his knees, popped the question, and Franzel said, "Yes." As they celebrated, other members joined them for an impromptu engagement party.

You May Also Like: Who is Zonnique Pullins' Baby Father? Know About Her Boyfriend