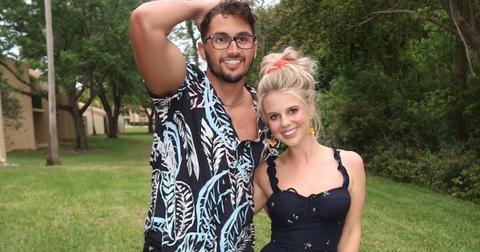 Did Nicole Franzel Got Married? Everything There Is To Know About Her Love Life And Husband!

Nicole Ann Franzel is an American television personality and best known for her participation in the reality tv show Big Brother in its season 16,18 and 22.

Nicole Franzel won the Big Brother season 18 in 2016 and ranked third in season 22: All-star, garnering immense recognition for her performance in the show. Franzel dated a fellow contestant from Big Brother's house for a long time. Let's take a look at her relationship status today.

Nicole Franzel was born on June 30, 1992, in Ubly, Michigan, to Jennifer and Dave Franzel. She grew up in Michigan and always dreamed of participating in Big Brother. Nicole graduated from Saginaw Valley State University and is an ER nurse professionally.

Plenty of Participants in Big brother's house have dated each other while locked in the house for three months. But not many couples keep their relationship going once ousted from the house. But Nicole's case is one of the few that does have a happy ending.

Nicole Franzel dated a fellow houseguest named Victor Arroyo of Big Brother 18 early in 2017, and the duo got engaged on September 8, 2018. The duo had announced their wedding soon after the engagement but had to postpone it three times due to the ongoing pandemic.

Related: Victor Arroyo - Net Worth Details About The Celebrity Husband

But the day finally came for the Big Brother's Lovebirds. The couple got married on March 16, Tuesday at Casa Feliz Historic Home & Venue in Winter Park, Florida.

The newly wedded reportedly were relieved and thrilled following the wedding. They told the US Weekly, "Yes, it was daunting and stressful to have to move the wedding so many times, but at the end of the day, we are so happy with how everything came together and are excited about our next chapter."

Nicole Franzel and her husband are expecting their firstborn this July.
Photo Source: USmagazine

More happy days and adventures are coming for the couple as the duo announced that they are expecting their firstborn this July. Soon-to-be parents, their only concern right now is to have a healthy baby, a source said.

In season 16 of the show, Nicole had reportedly caught feelings for Hayden Voss, and the two dated for quite a while even after the show, but when Nicole return for season 18 Big Brother, She claimed to be single.

In season 18, Nicole was romantically involved with Corey Brooks, but their relationship soon ended after Nicole was crowned for that season. Nicole Franzel is living an eventful year so far, with her marriage with Victor recently and a baby coming soon and occupying 3rd place in Big Brother season 22.