The Night King Speaks: Game of Thrones Actor Who Plays The Leader of The White Walkers Gives a Rare Revealing Interview 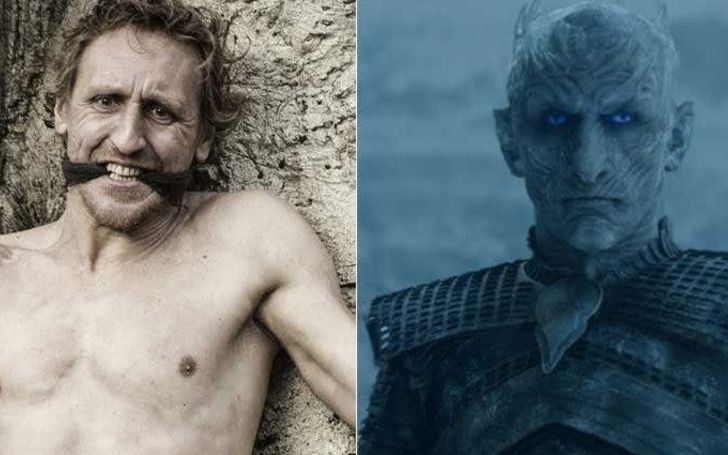 Did we just get the major spoiler from the Game of Thrones season 8; from the series' lead villain, himself??

The Night King and his army of White Walkers remain a topmost threat in the series, Game of Thrones. The series as a whole may be notoriously popular for confining every possible plot-leak, but one major staff from it has recently given some outlet regarding the final season of the epic HBO series.

Vladimir Furdik may be well known for his portrayal of an extremely-introvert and menacing character, the Night King in GOT, but the actor has recently gone out to pour some big hints about the series in a quite mingling fashion.

In an interview with Entertainment Weekly, the actor and stuntman Furdík — who has played the King of the Dead since season six — revealed what he knows about the character’s ultimate motive.

Watch the trailer of Game of Thrones season 8

The Slovakian actor started with,

"I did a lot of horse falls, fire drops, high falls, sword fights. When we did season five, I was the White Walker who fought Jon Snow [in 'Hardhome,' episode 8 of the season] — the first time Jon Snow killed a White Walker; that was me."

So he has previously been the icy villain but not the lead one.

Since the studio initially hid the backstory of the Night King from the Furdík, he had almost no clue of what the character was about. But now that he has played the persona for two seasons, the 48-year-old actor does know that "there's some human in [the Night King]."

Depending on who is directing the episode, the actor is instructed to be more rugged or more human-like in his expressions, yet while on camera he is always constrained from blinking his eyes— a feature which has added more threat in the character's face.

The Night King was basically created when the Children of the Forest tied a human man to a tree and pierced his heart with a dragon-glass dagger to resurrect him into a new supernatural kind. The act was carried out by the foresters so that they could have a savior against the threat of the First Men, who were killing their people and cutting down their home.

Later the Night King turns against their creators and goes on to remain a mythical ghost story until their first ever appearance in the episode, the Oath Keeper. The Night King and their army has since killed the Wildlings (and turned them into a living dead) and has also taken Daenerys's dragon Viserion as one of his own and wrecked down the wall (set up to protect the North).

Now that the prime feud in the GOT seems to be only between the living and the dead, a battle is quite inevitable to happen at the least. Furdík says the dead’s emperor is out for good old-fashioned revenge.

Furdík added, “He never wanted to be the Night King. I think he wants revenge. Everybody in this story has two sides — a bad side and a good side. The Night King only has one side, a bad side."

Coming from one of the important insiders from the series, it may be one sure thing bound to happen in the upcoming season of Game of Thrones and also is one of the leading mysteries of the series ever since the White Walkers were first teased in it.

Jon has never underestimated the Night King’s ken even by a bit but besides the King of the North who should fear the head of the White Walker most in the series? When asked the real-life-person-behind-the-character, Furdik had this to say,

"People will see he has a target he wants to kill, and you will find out who that is. There's also that moment [in 'Hardhome'] when Jon Snow was on the boat and the Night King looked at him and raised his arms — there's a similar and even stronger moment between Jon and the Night King this time."

As for the actor’s favorite Night King scene in the series, he said, "That's still coming."

Don't Miss: Why Did Game of Thrones Change The Night King Actor in Season 6?

This can only be taken as something of a hint that whatever the destruction, we have been seeing until now from the King may just be a tip of the iceberg; and he is about to give the viewers a final yet biggest heartbreak during the season finale of Game of Thrones.