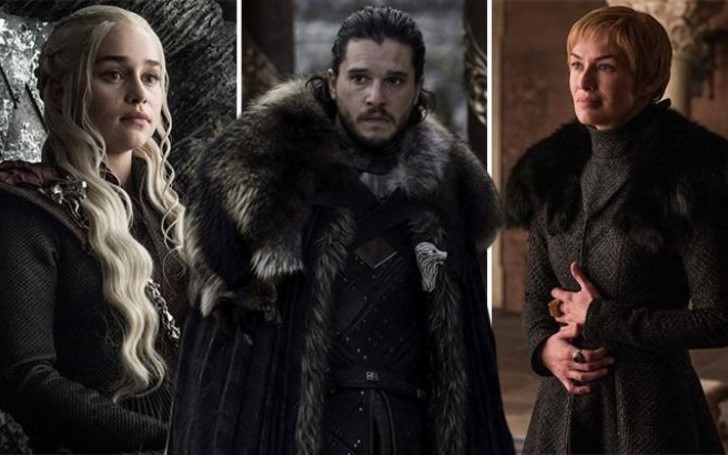 HBO finally gave some significant outlets against the ever piling up mystery in which fans have been wandering into--amidst the hold-ups for Game of Thrones season 8. The studio has alas released the first official trailer for the final season of epic series adaptation of George R. R. Martin's The Song of Ice and Fire this morning.

While it might be burningly close to its premiere date, for the viewers it still is going to be the longest 39 days of their life. Add to that, the new footage still keeps the norm of resisting to let go of any major plotline much like any previous teasers.

Watch The Official Trailer for Game of Thrones season 8

But that doesn't mean it hasn’t raised new questions and cascade of new theories.

So here are some infuriating give away scenes from the trailer of GOT season eight.

Did we finally have the first view of the Golden Company? 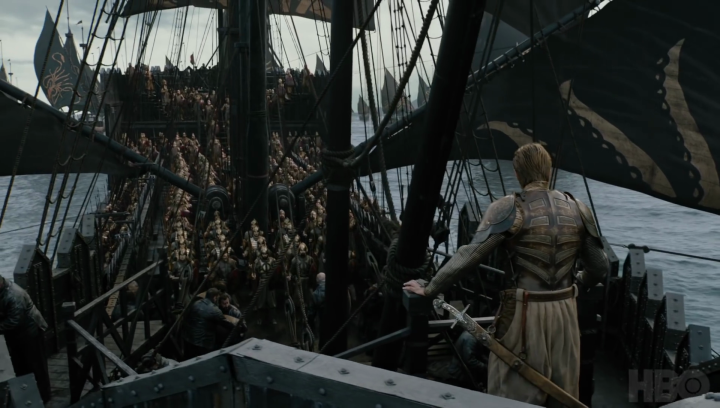 The ships shown in the trailer might have Greyjoy maritime signal, but the last time when we saw Euron Greyjoy, he didn’t have blonde hair and a matching set of shiny armor. But what it might be showing could be the much-talked-about "group of mercenaries," the Golden Army. And given Cersei couldn’t have been smiling for anything but seeing the arrival of the Golden fleet, it looks quite sure that the army we’re seeing at the vessel is indeed the aid promised by the Iron Banks.

Last season, we saw Cersei paying off her debts to the Iron Bank, then immediately taking out a new loan to hire the Golden soldiers to strengthen up the weakening Lannister armies.

Legend has it the Golden Company never breaks a contract and yes, they have war elephants, too.

Did Jaime really leave the King’s Landing to join Jon and Daenerys? 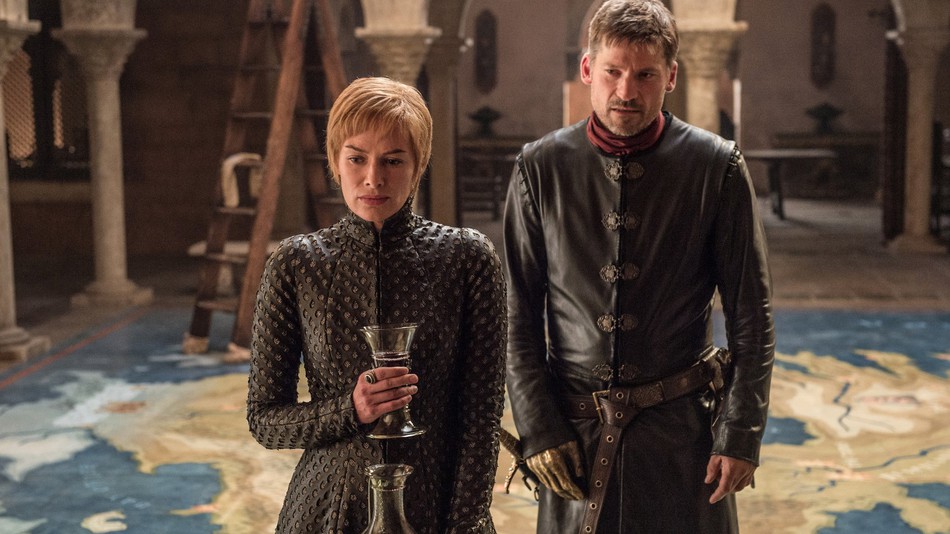 The incest seems to be over between the Lannister twins.

Game of Thrones season eight ended with Jamie slowly nodding away from the capital of the Seven Kingdoms. During the departure, he was also seen without his Lannister armor. Though it’s a long way to Winterfell, the trailer confirms as if the King-slayer has indeed made it to the north and hence is fighting the battle he promised in the Dragon fleet back in the King’s Landing. This is rather shown in the fleeting scene from the trailer where Jamie is looking a little worse and subsequently roaring along.

Is Gendry about to wield his hammer again? 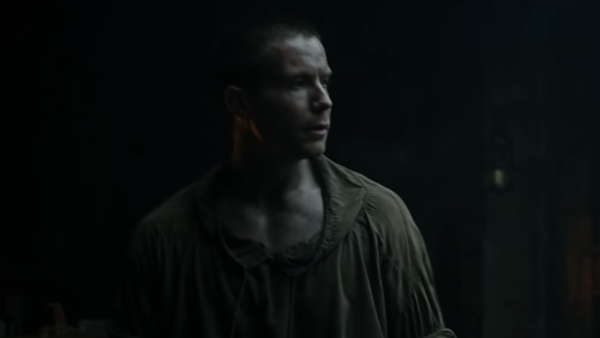 Gendry Might be the one will forge the Valyrian Weapon
SOURCE: Whatculture

Gendry is one of the few blacksmiths in Westeros who also knows how to work with Valaryian steel.

He has been trained under the King's Landing arm's dealer and was also responsible for reforging the Stark family greatsword Ice into the swords Jaime and Brienne possess — Widow's Wail and Oathkeeper.

The swords owned by Jamie, Jon, Brienne, and Sam as well as the dagger owned by Arya, are all made of Valyrian metal.

Recommended: Why Jon Snow's Parentage May Not Be Crucial To Game of Thrones Season 8

They are going to be of great help in the battle to come since till now they are the only known weapons that have made the army of dead vulnerable to the death.

With two dragons enough to heat the forges, Robert Baratheon’s bastard seems to be the perfect guy for all that metal shaping job.

Who (or what) is Arya hiding and running from? 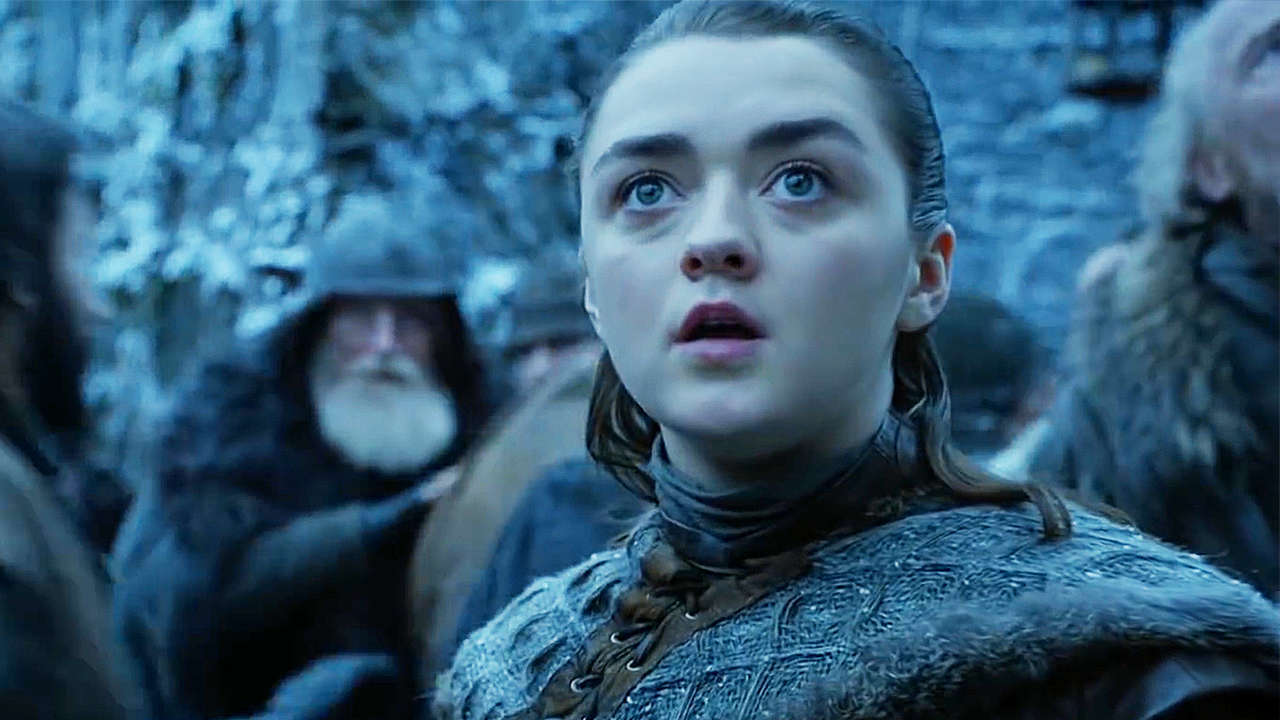 Arya's second look on among the trailer features her running from an unknown threat
SOURCE: Arcade Game Players

It's a bit unusual to see one of the baddies of the show, Arya panicking as she has spent a whole season grounding herself to become a ruthless fighter (no one). It's unlikely the horrors of battle are enough to frighten Arya and leaving her in such anguish and panic; she's been through quite a lot and even killed some of her formidable enemies to a brutal death.

So what in the series has her so horror-struck?

At this point, the only one who seems to make her shiver in such a fashion appears to be no one but only the Knight King, himself. Or if Jon, Bran, Sansa being dead and their resurrected body is made to kill her by the will of the Knight King.

Is Jon going to ride Rhaegal? 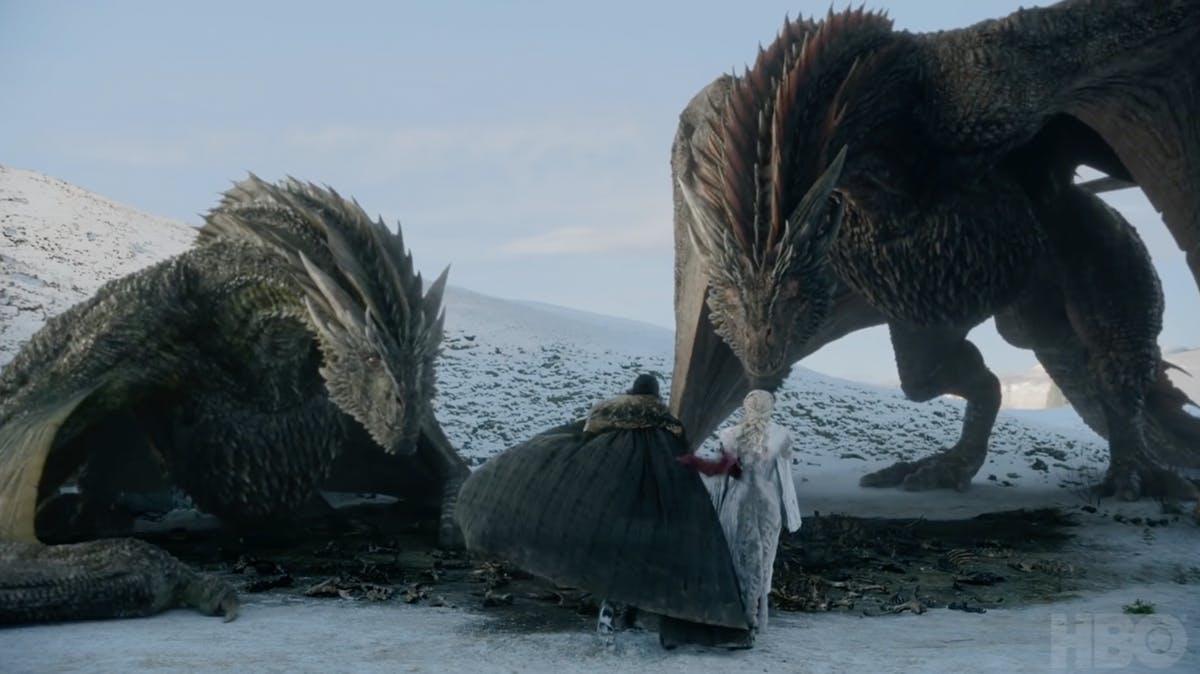 Jon Snow might get on Raeghal on GOT season 8
SOURCE: Inverse

Jon steering up on a dragon is something that has been predicted back at the end of season seven and nothing in the trailer says he won't rise to the sky alongside Daenerys.

Daenerys may have named Rhaegal after her brother (also the real father of Jon Snow), but from the narrative MO of Game of Thrones, it just may have been one of the easter-egg that the series has been giving away from the beginning.

Has Cersei admitted her defeat? 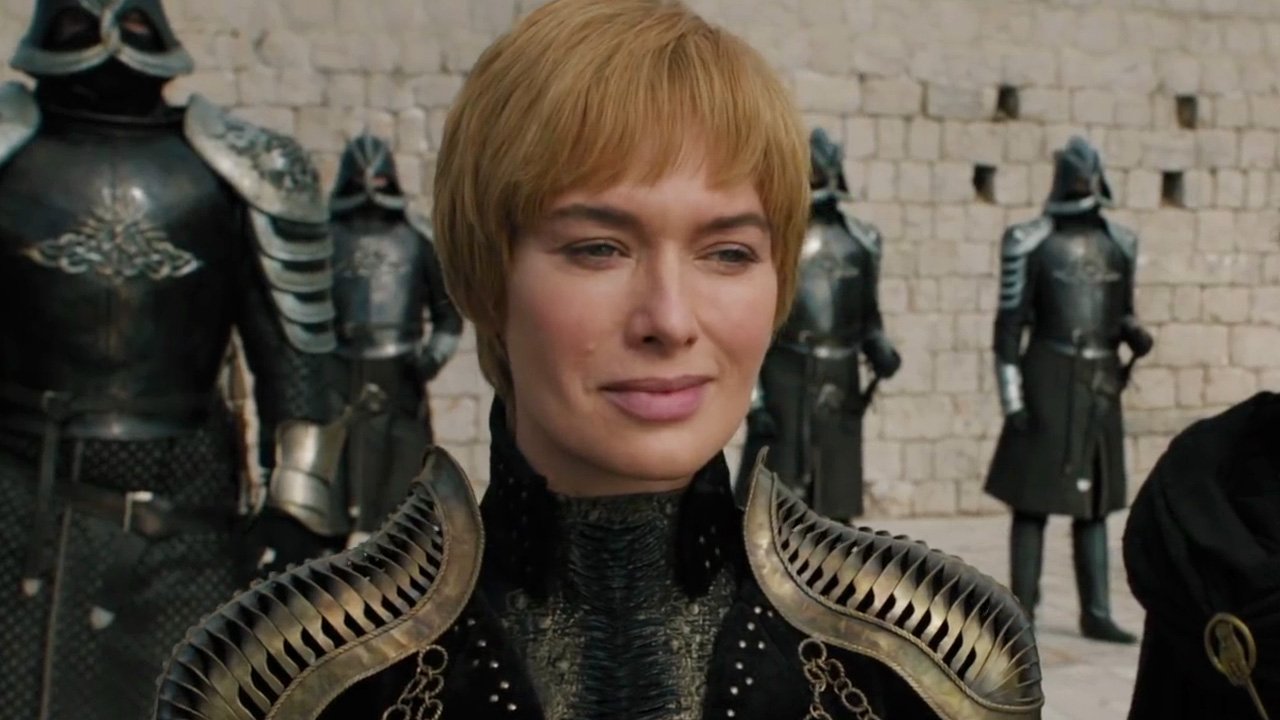 The trailer shows two contrastingly different facial expressions from the reigning Queen of the Iron Throne.

In one shot, Cersei stands excitingly proud on the docks of the Red Keep, while later, in a dimly lit room with a glass of wine in her hand, she looks quite gloomy yet grinning her face and even shedding some tears.

Perhaps some bad news that the golden army has lost? Or maybe she's heard about the fate of her twin brother and former lover?

It’s not that we haven’t seen Cersei in the latter situation before in the series; during the episode Blackwater, she’s been shown accepting her fate when the Robert’s Army almost defeated the Lannister forces during which she almost killed her second child, Tommen in eventual despair.

What more names are going to add onto the death list? 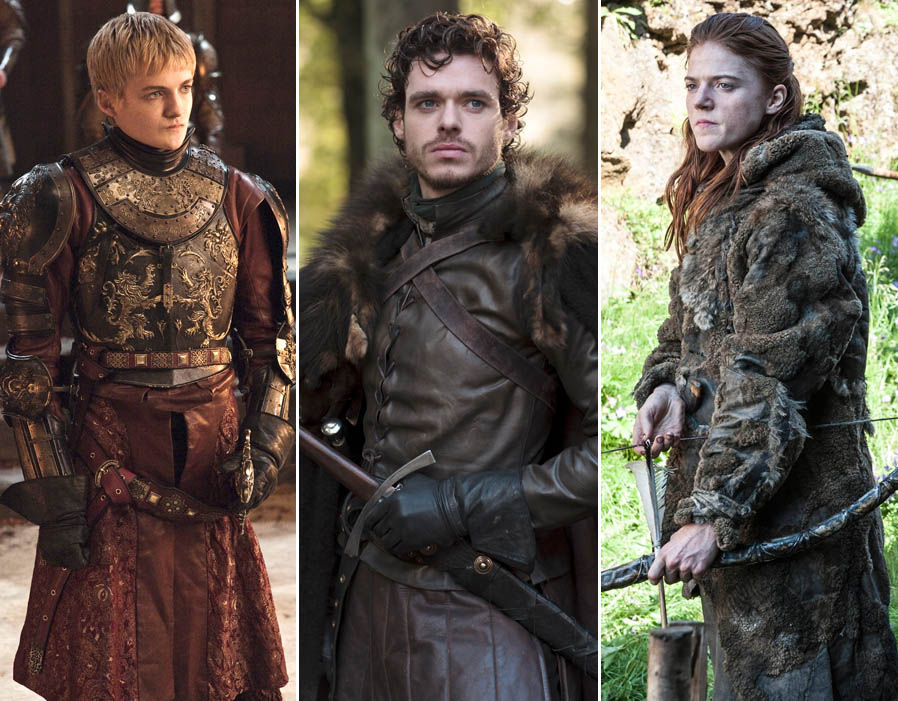 If there’s one thing that makes Game of Thrones so uniquely groundbreaking, it’s the unpredictability of which character meets its end in what episode.

We all have lost our beloved GOT characters in the most possible brutality. And now we couldn’t have been more fearful of losing the till-now saved personas like Jon, Arya, Jaime, the Hound, Davos, Jorah, Grey Worm, Brienne and Podrick—which now all look to be on the front lines.

Whatever the case, it's right on the money that not every one of them is going to make it all the way to the end.

This is the ultimate end for the series that rose to fame for its decision to ax its "main" characters on an impulse and in a way anyone can barely forecast.

Miguel Sapochnik, who directed the Battle of the Bastards, is back to helm the camera for season eight's epic clash.

The Battle of the Bastards took almost a month in filming alone. But Sapochnik revealed in an Entertainment Weekly story this week that this season's battle took a whopping 11 weeks to shoot.