Nikita Dragun Tattoos and Their Meaning 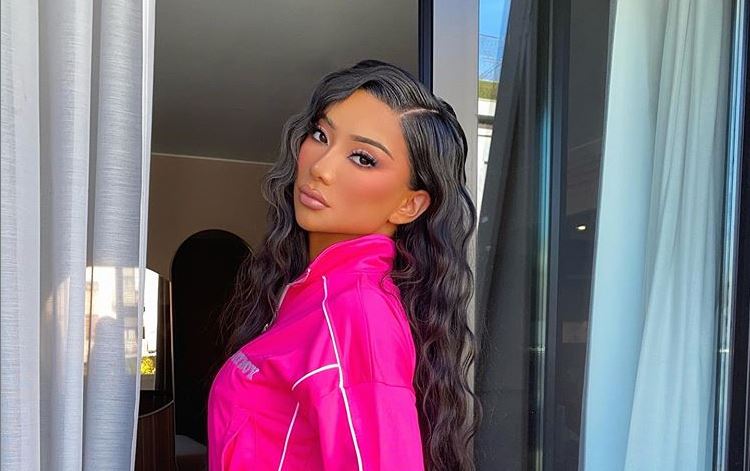 Here’s all that you need to know about the YouTube star Nikita Dragun’s tattoos and their meanings!

A significant household name in the world of social media, Nikita Dragun, is quick to move up the list with over 9 million total followings in total. The 24 years old is becoming increasingly influential in the beauty and make-up space, mainly after she started discussing her transition on her YouTube channel in 2015.

Watch: MY PARENTS TAKE MY MAKEUP AND WIG OFF! Nikita Dragun YouTube

Ever since the Nikita joined YouTube in 2013, she’s come a long way securing brand deals, walking the 2019 MTV Video Music Awards red carpet, collaborating with Kylie Jenner, and even launching her own historic cosmetics line. Coming to terms with her identity in the early days, Dragun said in an interview, “I was just the most feminine gay guy out there, so I would dress in tight jeans, lashes, a little purse, etc. People just accepted me. But it wasn’t until college that I really started to develop my trans identity.”

Not opting for a basic name, the transgender YouTube star chose to call herself Nikita Dragun. Her last name suits her quite well, taking into account the multiple artworks on her body and her fascination with dragons—Nikita sports five different known designs on her body, each more stunning than the other.

The Dragon on Her Back

Nikita’s back piece is probably the largest one on her body. The artwork of a red dragon starts right below her neck and runs down to her lower back. The ink remains unpainted with just the red outlines crafted on her back.

Literally, the girl with the dragon tattoo, Dragun, prefers to stick by that phrase very dearly. But unlike the famed movies, Nikita’s artwork is that of a Chinese dragon, also known as East Asian dragon or Long or Lung. They are legendary creatures in Chinese mythology, Chinese folklore, and East Asian culture that have many animal-like forms such as turtles and fish but are most commonly depicted as snake-like with four legs.

The Dragon Head on Her Sternum

When it comes to her dragons, Nikita likes to stick to her Asian heritage. Thus the artwork of another Chinese dragon head on her sternum. The furious and rage-filled dragon’s head ink adds quite the boldness to the make-up artist’s low cut dresses.

The tattoo stands out from her other ones despite being painted on with all black outlines and remaining uncolored, similar to that of her back tattoo. The same designer, Evan Kim, designed both her back and the sternum dragons. Evan specializes in fine line and single-needle work.

The Dragon Head on Her Left Rib Cage

Sharing a close resemblance with that of her sternum tattoo expect with a side view of the dragon’s head rather than the front focusing view, the left rib cage tattoo is also a fine-lined art inked in all black.

You Might Also Like: Who is Nikita Dragun Ex-boyfriend? Find Out What Happened Between the Former Couple

The horned beast with multiple razor-sharp teeth looks like it’s one of the earliest designs that Nikita got on her body.

Four out of a total of five tattoos on Nikita’s body represent dragons, three of which are visual representations of the Chinese mythological creature. However, the fourth one is a bit different from the rest.

Arabic Words on Her Wrist

A bit different than the rest, yet still sticking to her true passion of dragons, Nikita sports a design of Arabic writing on her wrist. The meaning of the writing in red, you guessed it, the dragon! Maybe three different tattoos of dragon images appeared a bit too obsessive, so the transgender model decided to shake things up a little.

Nevertheless, she still stayed true to her attraction towards dragons and got the Arabic word for dragon tattooed on her left wrist. Like the other, this, too, was bestowed upon her boy, the Evan Kim himself.

Goddess on Her Right Rib Cage

Finally, the only tattoo on Nikita’s body that doesn’t represent a dragon in any way whatsoever resides on the right side of her body. Just like the second dragon head tattoo, this too lies on her rib cage right on the opposite side of it. The symbol is a picture of the goddess of mercy in Vietnamese Buddhism, Quan Am.

With a red circular outline above her head, the goddess drawn in black sits on a red lotus flower. Much like the other four tattoos, this one also shares a close relationship with her Asian heritage. Despite being a descendant of Asian and Mexican culture, Nikita’s artworks on her body seem to be highly influenced by the Asian side.

Recommended: Black Adam Could be Delayed Due to Coronavirus Claims Dwayne Johnson

For more details on celebrity’s tattoos, head on over to Glamour Fame, and don’t forget to sign up for the newsletter.