home Lifestyle Who are Noah Centineo's Parents? Learn About His Family Life Here

Who are Noah Centineo's Parents? Learn About His Family Life Here 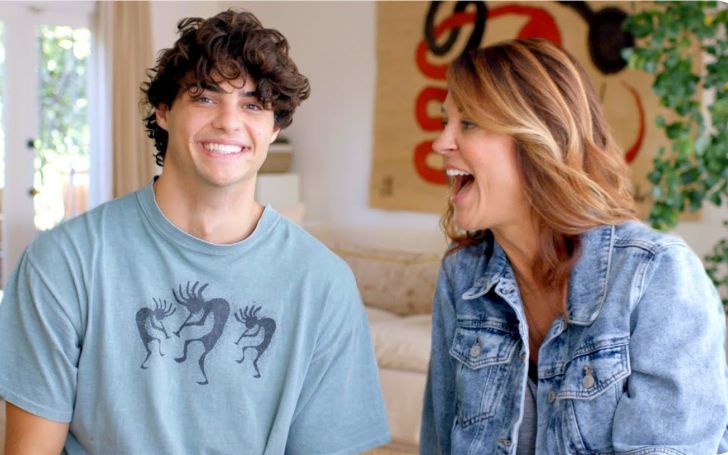 Who are Noah Centineo's parents? All details here!

The king of romantic comedy Noah Centineo is a household name in the industry. After having a breakthrough in his career portraying Peter Kavinsky in 2018's hit To All the Boys I've Loved Before, Noah's established a good amount of fame.

The American actor, born on May 9, 1996, grew up in Boynton Beach, Florida. The Perfect Date star's craze amongst the ladies is quite an example of his success in recent years. Having performed in smash hits like Tagged and The Fosters also added to his limelight.

The Agoura High School alumini was raised in a loving environment with his parents and sister. The actor's current relationship is also one hot topic for discussion, However for more information about his parents, Continue reading.

Who are Noah Centineo's Parents?

The unforgettable face of the 2018's blockbluster To All The Boys and it's sequels, Noah Centineo, is born to parents Kellee Janel Andes and Gregory Vincent Centineo. The rising star's parents hard work and dedication also deserves credit in the Tagged actor's sucess till date. Apart from Noah, his parents also have a daughter named Taylor Centineo.

The 25-year-old's mother is seen performing a role with her son in Turkles (2011). That being said, alongside being an athlete and yielding other professional works, Kellee's also an actress. While Centineo's father is an entrepreneur, advisor and speaker. The duo were married on 1991 but sadly arent together anymore.

Recommended: Who are Alexandra Shipp's Parents? Learn About Her Family Life Here.

Nevertheless, the love for their child, Noah, is never lessened from both Greg and Kellee's side. Tag along to know more about their personal life as of 2021.

What are Noah Centineo's Parents Up to as of 2021?

Kellee Janel, mother to the famous Sierra Burgess Is a Loser star was born on November 21, 1969. The former Volleyball player, who grew up in Austrailia, had a good relationship with then husband Greg and shared two kids together. However, the gorgeous lady's moved on, and is happily in love with a gentleman addressed as Mark Berman as of 2021.

Taking about Greg, born on December 11, 1963, according to IMBd, is enjoying his entrepreneurial career. The See Dad Run alum's father is frequently seen supporting his son's achievement and motivate others to believe and work towards their dream as he quotes on his son's success "It’s not an accident. He strategized, we strategized, went after it and he worked on it so it’s great."

Noah Centineo hanging out with his father.
Photo Source: Pinterest

Greg, who's normally seen in podcast, is a advisor at AdvisoryCloud as per his tweet on Twitter. The enthusiastic person is rumored to be dating Julie Cusa Natale, as they're often seen together, but the truth is yet to be known.

Also See :Who are Paul Mescal's Parents? Learn About His Family Life Here.

For more content on your favorite celebrity, visit Glamour Fame!