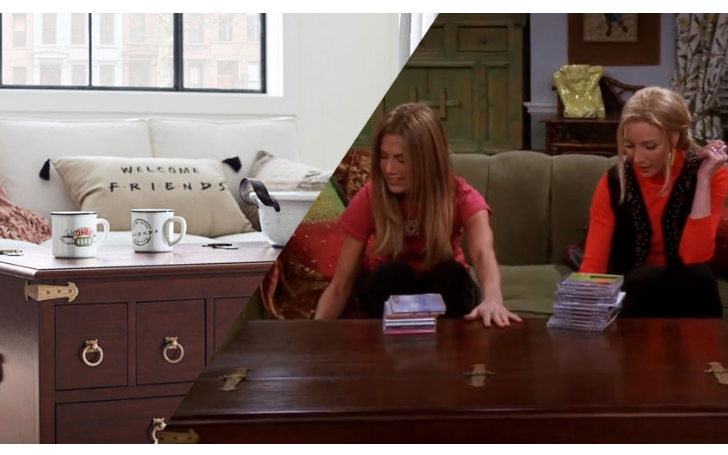 Pottery Barn showcased their limited-edition Central Perk cup, a pillow with the logo and the apothecary table.

Rejoice, all my fellow 'Friends' fans, as now you can own all your favorite TV show themed furniture.

Don't believe yet? Well, one of the upscale home furnishing stores in United States, Pottery Barn, is launching a new collection of pieces of furniture inspired by the Beloved TV series, including accessories, furniture, and tabletop items.

The home furnishing company showcased Central Perk cup, a pillow with the logo and the apothecary table that Rachel told Phoebe was an 'antique.'

With 'Friends' 25th anniversary just around the corner, which is coming this fall, the home furnishing store stated that it would release a limited-edition line inspired by the NBC's popular show.

See Also: Friends Is Officially Leaving Netflix At The End Of The Year

The home furnishing company, however, has not disclosed the price of the goodies. However, we know they won't be as cheap as Rachel told Phoebe.

If you are a fan of the show, then you should know that Phoebe was initially against Pottery Barn.

The episode where Rachel brings the apothecary table, Rachel lies about where she bought the table after Monica reminded Rachel that Phoebe hated all mass-produced products.

However, Rachel's lie was caught as she and Phoebe walked past a Pottery Barn and noticed that the display looked exactly like their living room.

Go, check out the nearest Pottery Barn store and find your favorite TV show themed products before they are all sold out.