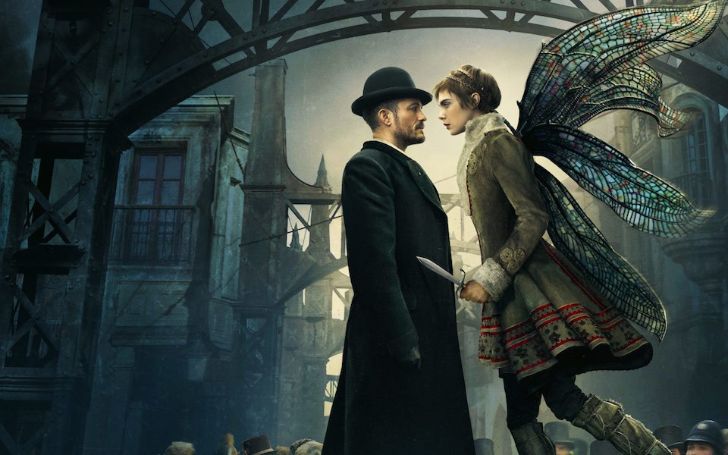 Bloom, 42, plays as a human detective 'Rycroft Philostrate' and Delevigne as a refugee fairy, Vignette Stonemoss.

The story of a series is a fresh cup of tea which we have rarely seen before. It narrates the story set in a victorian fantasy world filled with mythological immigrant creatures whose homelands were invaded by the empires of man.

The growing population where fairy and human coexists together limits the freedom to live, fly. Find a unique struggle and challenged filled journey of Vignette and Cara's love story in an increasingly intolerant society.

The series which is set to run with eight-episode is already renewed for Season 2. Well through the series we will be able to some steamy intimate scene between the Pirates of the Caribbean star and The Suicide Squad actress.

Amazon's Carnival Row will begin it's premiere from August 30, Friday. Stay tuned and connected to find details on the show.