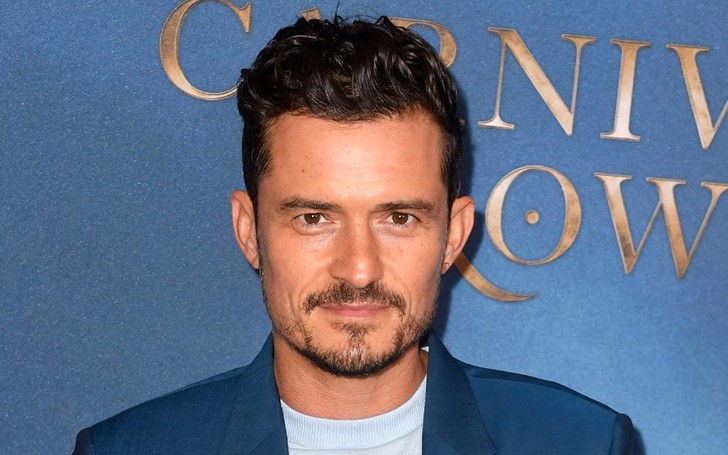 Orlando Bloom welcomed another new member in his family. The 43-year-old actor revealed he adopted a new puppy several months after his dog Mighty died.

According to Entertainment Tonight, Orlando Bloom was clad in a denim jacket, a red sweater, and wore a blue cap and a face mask.

The same evening, the actor also shared a series of pictures of his new fluffy friend.

On the caption, Orlando wrote,

"Time for a [cute dog] photo 💙❤️ plz meet BUDDY a one-year-old something & something mix 🙌
nothing can replace mighty man, but fostering this little guy has really filled my heart - if you've never fostered or are considering, I'd highly recommend it - it leaves two beings better off & remember what they say never judge a book by its cover - swipe for the before photo... thanks to @tobiessmalldogrescue also @thelabellefoundation for helping me to find my best 'buddy' 🙏"

Previously, the actor revealed his dog, Mighty, went missing, and after a week-long search, Bloom announced his dog died.

During the time, Orlando took to his social media to pay his tribute to his dog. The actor shared a touching message. Sharing a picture of him and his dog, Bloom wrote,

"Mighty is on the other side now. After seven days of searching from sunrise to sunset and into the wee hours, today, the seventh day, we found his color."

"had been weeping more this week than I thought possible. Throughout the search, we left no stone unturned, crawled back yard and creek bed. We even had two separate sniffer dogs do their best as well."

"I feel so grateful to have learned from my little Mighty man that love is eternal and the true meaning of devotion. I feel he is looking down on me whistling in every backyard and knowing that I was doing all I possibly could to respect our bond."

You May Also Like: Millie Bobby Brown Pays Her Tribute to Late Grandmother