Our Planet's Traumatising Scene Have People Crying Theirs Eyes Out 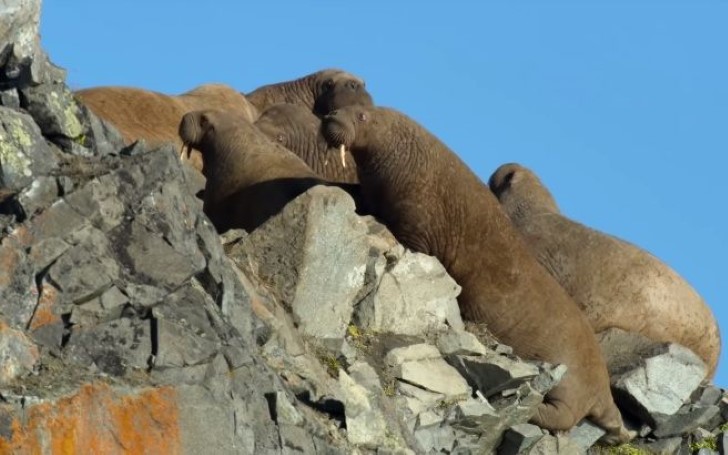 The recent episode of Netflix's Our Planet showed some upsetting footage related to the animal ecosystem.

Well, it should go without saying that Earth has been devastatingly affected at some aspect of it. The planet has had more than its share of calamities, especially regarding its resources. Climate change has now become somewhat of an overrated theory yet extremely veracious. And time and again, nature hasn’t missed a chance to show its aftereffect. But more than often, some innocent always get caught in its wrath.

Walruses around the world are struggling against the mother-nature. Much to the courtesy of Netflix’s Our Planet, we are now seeing some of the most distressing wildlife footage.

Also Read: Netflix Scraps One Of Its Most Popular iPhone Features

Sir David Attenborough’s latest documentary is worth the time which is giving the viewers a stunning tour around the globe. Wildlife archive is often expected to be a tragedy and the core of Our Planet was super inevitable to have included those incidents. The reality show is currently focusing more on what’s going on with the polar region.

In the recent episode, the tabulated show saw some heartbreaking scenes involving baby flamingos and one with a tragic group of worrying walruses--where they are brawling to reach for the cliff. The seemingly dangerous stunt doesn’t take too long to transition into a disastrous accident.

Due to ecological fallout, those poor blubbers were clambering for space atop the ridge and finding themselves worn out. Giving up their last bit of energy, the poor animals were seen plummetting to their deaths in the rocky abyss.

Watching walruses accidentally thrash themselves has led to the several Twitterverse’s reactions full of heartache.

If you’re planning on watching #OurPlanet, don’t. 2 episodes in and I have spent close on 2 hours blubbering. How do I save all the animals @ourplanet? (Especially the walrus’).

The Walrus’ plight comes just after fans have blamed Netflix of shaming Our Planet.

The walrus sequence in #OurPlanet is the most heartbreaking wildlife footage I’ve seen. A v hard but important watch from ⁦@sajlanfear⁩ and @BooMcP @NetflixUK ⁦@wwf_uk⁩ Walruses plunging to their deaths become new symbol of climate changehttps://t.co/dgVPLpfmAW

As the series journeyed from icy worlds to coastal forests, some regulars were jaw-dropped on the subsequent scenes and still couldn’t believe what they were seeing.

Recommended: A University Professor Claims Farts Can Leak Out Through Your Mouth If You Hold Them In

On the other hand, there were some small group of people that seem to think Our Planet was rather animated:

How much of #OurPlanet on @netflix is animated? Some of these fish look hella fake

Whatever is the reality behind the scenes of Our Planet, the show can’t be accused of its beautiful snapshot of life around the globe. Enhancement in technologies sure makes Our Planet too good to be true. The secret is that the series was made in collaboration with Silverback Films, which is especially known for its high-end nature documentaries.

While speaking to the New York Times, producer Sophie Lanfear said: “The walrus scenes were the hardest things I’ve ever had to witness or film in my career.” Lanfear went on to explain why it was such a challenging experience: “I was expecting that perhaps the walruses would tumble down, but at the end, they’d be okay. I really wasn’t prepared for the scale of death.”