home Entertainment Who is Pasquale Rotella Dating in 2020? Find Out About His Girlfriend

Who is Pasquale Rotella Dating in 2020? Find Out About His Girlfriend 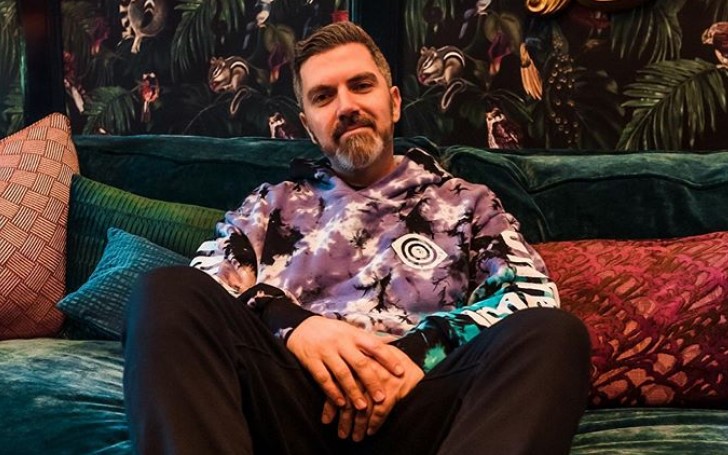 Pasquale Rotella is the founder of Insomniac, an electronic music event promoter organization, which is also best known as the organizer of the electronic music festival Electric Daisy Carnival (EDC). As he describes himself on the Insomniac page, "Pasquale is experience creator, businessman, philanthropist, film producer, and night owl."

He is probably the founder of the world's largest dance music and experience company, and he is best known for it alone. However, he has his hands on different ventures; he is more focused on Insomniac. The businessman founded the company in 1993 in his living room ever since the company is just evolving every hour.

While people know him as a businessman or some will even know him as a venture capitalist, but what do you know about his private life? Very little, we suppose. So to your service, we have gathered some personal information about the businessman. Let's find out who he is dating in 2020.

Who is Pasquale Rotella's Girlfriend in 2020?

As we all know, Pasquale Rotella was previously married to Holly Madison. The former couple tied the knots in 2013, but back in 2019, two called their marriage off. So after his split with his previous wife, the businessman stayed single for a while, and it seemed he trimmed a few pounds off his body too.

Also Read: Who is Ashley Olsen Dating? Find Out About Her Relationship

So, we suppose it was self-love period for him after his divorce. But he is all groomed up now and was all ready to mingle, which he did. Rotella is now dating his girlfriend, Lexus Amanda, according to datingcelebs.com. The couple met in January of 2020, and are together ever since.

Pasquale Rotella's girlfriend, Lexus Amanda (born Alexis Amanda Joice), is an American singer and songwriter. She is the co-founder and lead vocalist of 'Blacklisted Me' band. We can see she is a well-settled music artist; however, there a few things people don't like about her.

Lexus previously struggled with alcoholism and emotional problems. All those were results of her heartbreak after splitting with Max Green, former bassist of 'Escape the Fate' band. However, this is not why people hate her, since her breakup, she was a little inconsiderate about things she used to say in public.

Amanda is well known for the controversial and idiotic statement in public. Some assumed it was for publicity, but it's needless to say, her strategy backfired. She is considered the most impolite, hypocrite, and whatnot. Well, whatever she was in the past, it seems like she has changed now.

And couple seems to be doing great so far, but what we can say, it's just been a couple of months the two started dating. Music connected them, so we hope it continues to do so for the couple in the days to come.

You May Also Like: Who is Michelle Collins' Boyfriend in 2020? Find Out About Her Relationship