home Entertainment Who is Ashley Olsen Dating? Find Out About Her Relationship

Who is Ashley Olsen Dating? Find Out About Her Relationship 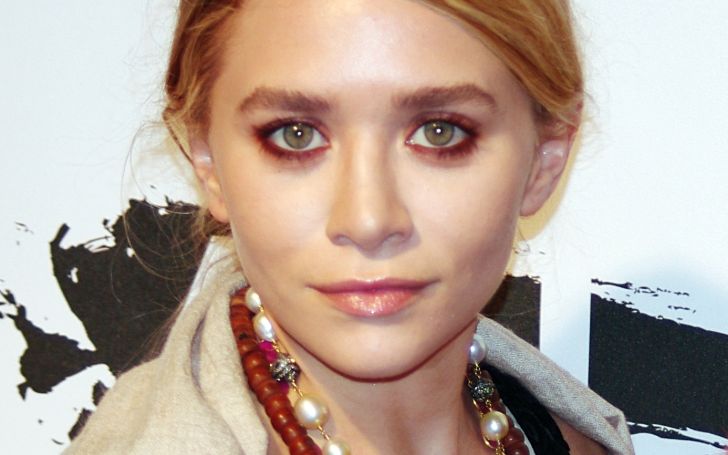 Let's update with the relationship status of the starlet Ashley Olsen.

Born on June 13, 1986, Ashley Olsen and her twin sister Mary-Kate Olsen grew up to be an American fashion designer, businesswoman, author. They were even cast in several series and dramas. The sister duo was involved in the movie industry just after one year they were born and succeeded in garnering tons of applaud for their work.

However, both Ashley and Mary-Kate had halted their acting journey a couple of years ago. They began to sharpen their skills on the business world and became a professional fashion designer.

Talking about the love life of the twin sisters. Ashley twin Mary-Kate has dated David Katzenberg for an unknown period of time. Then she began dating Olivier Sarkozy in May 2012; the couple was married on November 27, 2015. However, after five years of marital relationship, Olsen filed for divorce. Now, what about Ashley? She hasn't shared her matrimonial vows with anyone until today but is genuinely in love with her boyfriend. Let's get more insight on it.

Unlike her sister Mary-Kate, Ashley Olsen hasn't been engaged with anyone, so she has no husband for now. However, it doesn't' mean she is single. The famous child stars-turned-adult designer Ashley has a boyfriend, Louis Eisner.

The lovebirds were captured several times together. Still, there aren't many details on their love life, as they love to keep their private life far from the media touch. However, with some in-depth research, we found out that Ashley beau Louis set his career as a bicoastal artist.

Eisner is active on Instagram, where he had posted his mother, matrimonial photo who turns out to be a fashion photographer and jewelry designer as per Elle. So, artistic flows in the veins of the Olsen lover's family.

Ashley or Mary-Kate in Ellen Show

According to many sources, Ashley's partner Louis is a well-educated man who graduated from Columbia University with an art history degree. After completing his education, he was part of Still House Group for some years.

Olsen Began To Date Her Lover in 2017

As we mentioned, Ashley Olsen doesn't like her love life to be open in front of the crowd. She wants to stay low key on the subject.

The starlet Olsen and her lover Eisner started to date back in 2017.
Photo Source: Pinterest

However, Radar Online says, the 33-years-old Olsen and her partner Eisner began to date back in 2017. They also claim that the lovely couple was longtime friends before the duo got romantically serious and started their relationship as a lover.

The pair made their first appearance as a couple at the Hammer Museum's Gala in the Garden in October 2017. Since then, they are pictured together in a certain number of occasions.

The former actress Ashley Olsen and Louis Eisner's love story is now around three years old, and the love birds are enjoying their time together. They were good friends previously before growing their relation as a couple, which might be the key of their strong bond.

However, if we focus on the lovebird's process of upgrading their relationship with a marriage, then there is no update on that topic in any media. They haven't come out with any details, so the answer of her walking down the marital aisle then it might not happen any time soon.