home Entertainment Who is Patrick Schwarzenegger Girlfriend in 2020? Is He Dating Someone?

Who is Patrick Schwarzenegger Girlfriend in 2020? Is He Dating Someone? 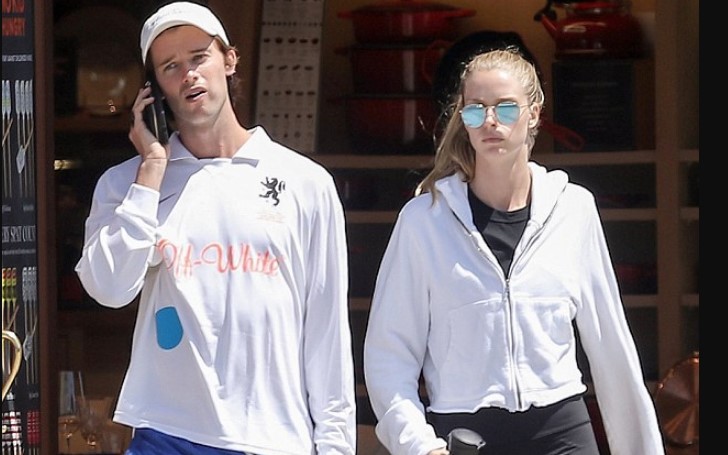 Here's what you should know about Patrick Schwarznegger's girlfriend in 2020.

As we all know, he is the son of Arnold Schwarzenegger himself so we suppose he doesn't any introduction. While talking about his education, Patrick completed his high school at Brentwood High School.

Then Pat enrolled in the University of Southern California and graduated from the USC Marshall School of Business with a minor in Cinematic Arts.

Patrick started his career at the age of ten, he had a small role in the movie "The Benchwarmers," According to sources, he practiced acting throughout his childhood with his father.

Not only acting, but Patrick also tried his hands in the business, he started a clothing line at the age of 15. So, as you can see he is as stable in his career as he could be.

Also See: Who is Thiago Silva's Wife? Details of His Married Life and Kids!

But what about his love life? Does Patrick Schwarzenegger have a girlfriend in 2020? Let's find out.

Patrick Schwarzenegger is, in fact, in a relationship in 2020. The 26-year-old is dating his girlfriend Abby Champion. The couple was recently captured together in Los Angeles.

Abby and Patrick, along with one of the friends, were seen together for an al fresco lunch in West Hollywood on Tuesday.

The Daily Mail reported Patrick also took in some shopping after dining as all three of them were seen heading to the "Maxfield" clothing store.

During the time, Patrick was seen wearing black Adidas joggers with white stripe detailing, and also wore a navy blue baseball cap, while sipping on a coffee.

Abby on the other hand donned light grey joggers, white Yeezy sneakers, and a blue and white Nike tank.

Abby Champion is 23 years old model from Alabama. She is currently based in Los Angeles and is represented by "Next Model Management" in LA and Miami.

Currently, Abby boasts an impressive 340,000 followers on her Instagram and has pretty much established herself as social media personality/influencer.

While talking about her family, she comes from a small town in Birmingham, Alabama. She is blessed with two brothers, Josh and Luke, and a sister, Baskin.

According to the reports, Abby and Patrick Schwarzenegger started dating in 2016. It's more than four years now since the couple is together and their relationship is only getting stronger day by day.

You May Also Like: What's C9 Tenz Girlfriend Name? Find Out About His Relationship