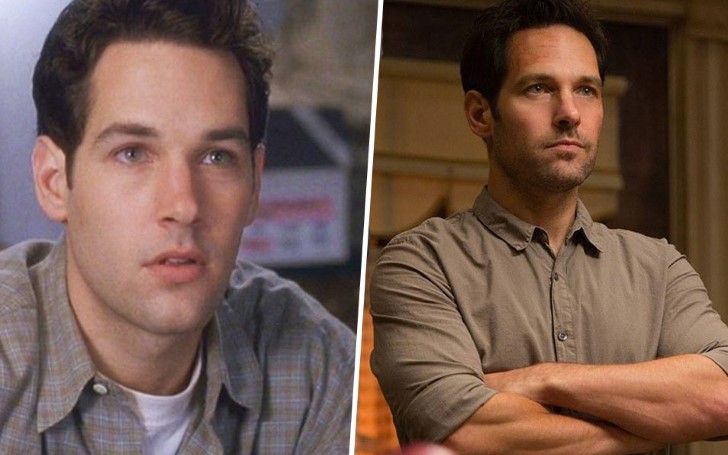 Paul Rudd finally reveals his anti-aging secret among his fans.

The Avengers: Endgame fame actor, Paul Rudd turned 50 on April 6. Or maybe he didn't because Twitter can't stop gushing over his good looks and perfect physique. 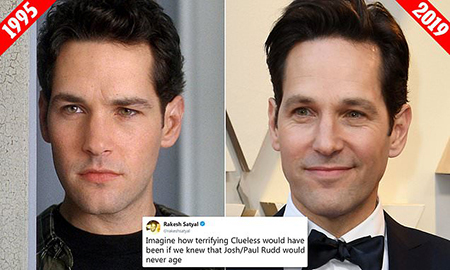 Many of his fans believe the actor hasn't changed a bit since his debut in 1992. Last month, during a Clueless reunion at the Chicago Comic & Entertainment Expo, Rudd revealed the secret to his fountain of youth.

"I'm 80 years old on the inside," pointing to his chest, he added: "In here, pure darkness — and a little moisturiser."

You Might Like: What Role Will Ant-Man Play in Avengers: Endgame? Here's Everything We Know So Far!

People on the internet reacted to the news with skepticism and histrionics. They all started creating their own theory and logic regarding his aging.

i think paul rudd looks his age because tons of 50 year olds look that way, does everyone think people turn into the crypt keeper when they turn 30?

Others pointed Paul isn't the only actor who manages to look youthful at the 50s, there were other stars too like Jared Leto.

Okay, look. I’m not saying Paul Rudd doesn’t look great at 50, but I raise you with Jared Leto at 47. pic.twitter.com/0h5mimAhQE

Also See: Avengers: Endgame Rumored To Have No Post-Credits Scene

The actor is all set to reprise his role of Ant-Man in the upcoming Marvel franchise, Avengers: Endgame which is scheduled to release on April 26, 2019.