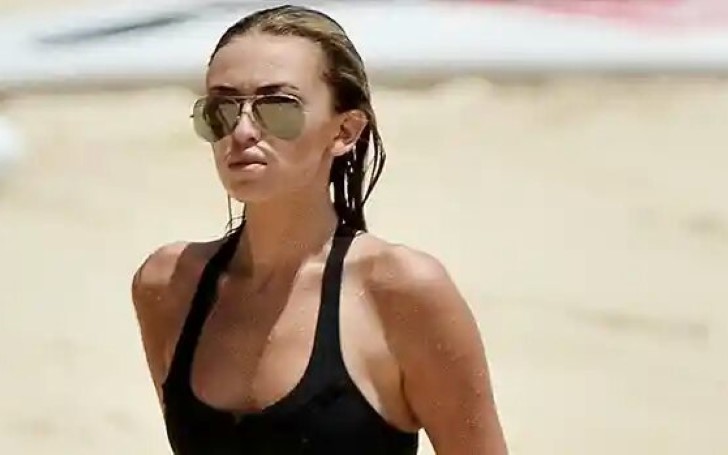 Paulina Gretzky looks stunning in a tiny string bikini as she displays her toned physique on the beach.

The Grown Ups 2 star who is enjoying her vacation on the sunny side of the world took to Instagram to share a dazzling bikini picture where she looks super hot.

Recommended: 'The Chi' Gets Renewed For Season 3 At Showtime

Gretzky is seen in a tiny animal print string bikini whilst she lays on the sand with a coconut drink on her hand as she gives a sultry look to pose at the camera. 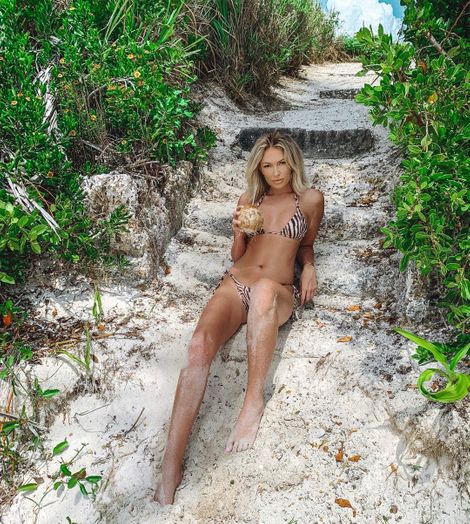 The 30-year-old actress' legs are covered with white sand whilst her sexy abs and cleavage are exposed in the tiny bikini.

Paulina opted for a bright makeover that matched her bikini and beach vibe as she only rocked a light nude lipstick to complete her face makeover.

As for her hair, the actress kept her short blonde bob tousled hair with loose waves swept from the middle partition free.

"No one likes a shady beach," said Paulina in the caption section followed by an emoji of a coconut and a coconut tree. Impressive!

As a matter of fact, she also let her fans know the location of the beach where she was enjoying her vacation.

Basically, the 'Guns, Girls and Gambling' actor was in the Bahamas.

Don't miss: Riverdale’s KJ Apa Talks About How The Show Will Handle The Tragic Passing Of Luke Perry

The star's seven hundred thousand followers didn't hesitate to leave their compliments in the comment section to show their love and admiration.

A third one wrote: "AND THAT IS PERFECTION IN BEAUTY!!!!!"

In addition, Paulina was in the Bahamas with her sons, River Jones Johnson and Tatum Gretzky Johnson as she shared a snap of her son sipping a drink on her Instagram stories. 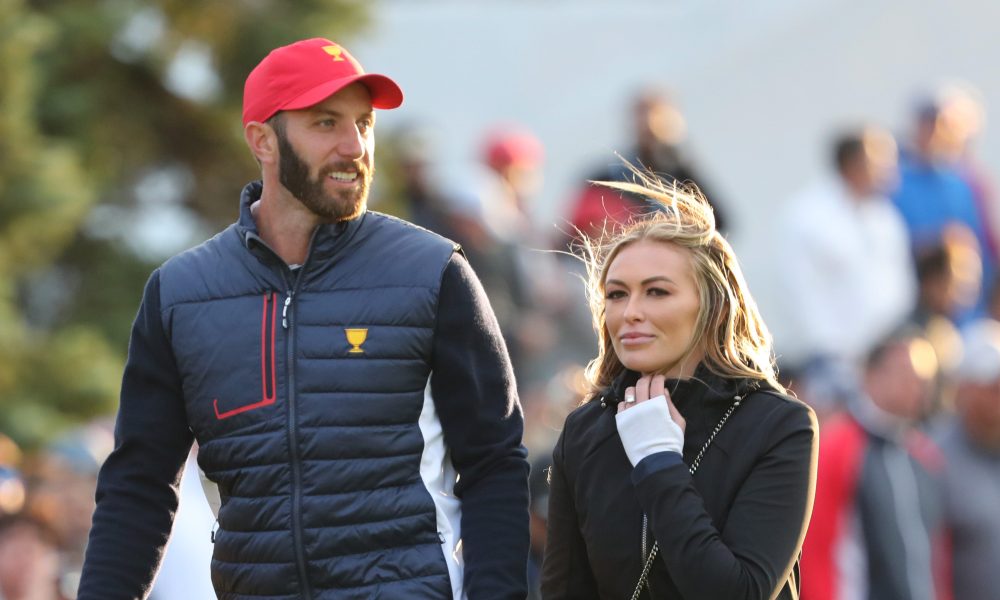 Paulina shares her two kids with her partner, Dustin Johnson who she got engaged in August 2013. The couple went through a rollercoaster ride just last year in 2018.

The couple decided to split at the time because reports claimed that Dustin committed infidelity with Yassie Safai, a socialite, but the rumors were never verified.

Johnson wrote on Twitter to confirm the breakup news: "Every relationship goes through its ups and downs, but most importantly, we love each other very much and are committed to being a family. Thank you for your love and support."

Paulina even removed all the pictures of Justin from her social media.

The pair eventually got back together at the end of September the same year. Paulina was spotted in the Ryder Cup in Paris to support Dustin who was competing at the Augusta National Golf Club and has been together since then.

Also see: Hailey Baldwin Gets Bullied by Trolls Undermining Her Against Selena Gomez!

Meanwhile, the actress is super fond of constantly sharing pictures of herself in bikinis and racy pictures on Instagram. Fans can regularly expect to see stunning pictures of Gretzky flaunting her radiant physique on social media.