home Entertainment Who is Paulina Porizkova Dating in 2021? Learn All the Details Here

Who is Paulina Porizkova Dating in 2021? Learn All the Details Here 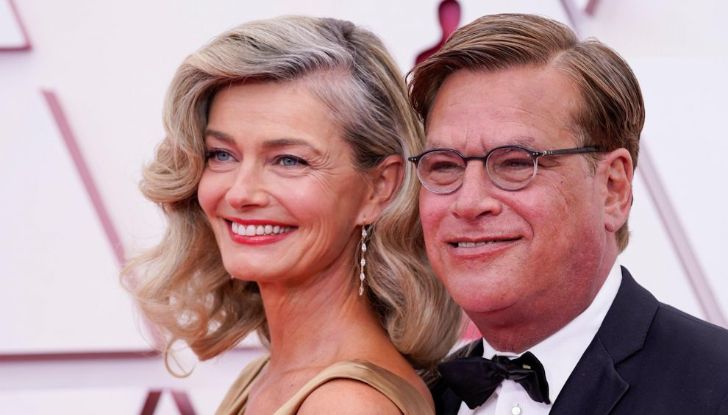 Is Paulina Porizkova dating in 2021? Here's everything there's to know about her romantic life!

Harper Bazaar's one of the ten most beautiful women of 1992, Paulina Porizkova, is a supermodel, actress, and author. Her career in modeling was an accidental venture as her picture had caught modeling scout John Casablancas's attention when she was only 13.

She now holds both Sweden and American citizenship and is in the news lately because of her new A-lister boyfriend. Continue reading to know more about Paulina's romantic life.

Who is Paulina Porizkova Dating in 2021?

Starting from a swimwear shoot for Sports Illustrated to appearing in the Vogue and Cosmopolitan magazine, Paulina's immediate milestones in the field were a dream for many. Her career extension to television, films, and eventually writing resulted from her success in the modeling industry.

Previously married to lead singer Rick Ocasek of the band "The Cars," she is a mother of two sons. Paulina has found love again at the age of 56 after the sudden demise of her husband Rick in 2019. The Czech model is currently dating acclaimed writer and director Aaron Sorkin. She had been dropping hints on her Instagram about being back in the dating game, and just days later, she disclosed her new lover's identity.

The couple's connection goes way back to 1984 when she starred in Drive; the duo has joined years later but in a romantic light this time. Paulina and her boyfriend Aaron revealed their relationship by doing a debut red carpet walk for the 93rd Oscar. After her beau lost on the Best Original screenplay, Paulina said that she intentionally dressed in a golden fitting dress to look like a female Oscar so that Aaron at least goes home with one.

Recommended: Who is Zion Williamson's Girlfriend in 2021? All About His Love Life Here

The supermodel gushes over finding love so late and unexpectedly in life. In a recent interview with The New York Times, the model revealed that her red carpet appearance with Aaron was only their second date. She disclosed that journalist Ashleigh Banfield was their wingman. Ashleigh had offered her a date with a single man, Porizkova agreed, but her condition was 'No rock star'; another revelation, a rather intimate, she made was "Aaron is a good kisser.'

“The last time I dated, I was 19, and now I’m 56", says Paulina in her talk with Yahoo about rediscovering love and sex life in the 50s. The actress further reveals what it took to move on from the tragic incident of 2019 that shattered her and is starting to discover love again, but this time, it's a whole new experience for her.

Paulina Porizkova was married to "The Cars" frontman Rick Ocasek, who passed away in 2019.
Photo Source: Wealth Adviser

The 1980s iconic model had tied knots with singer Ric Ocasek in 1989; they had two sons together, namely Jonathan Raven Ocasek and Oliver Ocasek. The duo announced their separation in 2018 but didn't act on it legally. Unfortunately, in 2019, Paulina found Rick dead in his home.

Paulina Porizkova on Being in Her 50s!

In her 50s, and having dated only two men in life, Porizkova expresses that she was 19 yesterday and woke up in a different era today. The actress about her career quotes, "I don't really love modeling, but what it afforded me was the world."

Paulina Porizkova explains why it is so hard being a woman in her 50s.
Photo Source: Page Six

She further states that modeling contracts are much rarer now that she's in her 50s. Paulina even gets candid about the frequent nervous breakdowns at the age and says she pulls herself right back up every time that happens.

Check Out; Who is Billy Beane's Wife in 2021? Learn About His Married Life Here