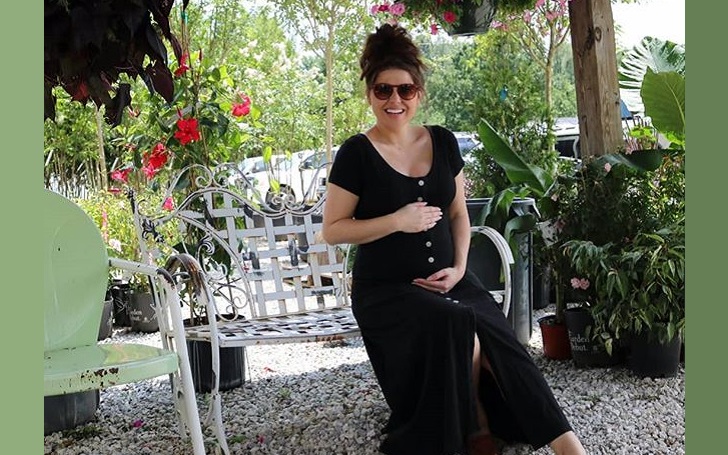 The famous Duggar cousin Amy Duggar-King was rushed to the hospital after early contractions but was issued a bed rest until the labor date.

Amy Duggar-King is not one of the 19 children of Jim Bob and Michelle Duggar from TLC's infamous '19 Kids and Counting', she is their cousin. But she does make frequent appearances on the TLC's spin-off 'Counting On' with the elder members of her generation.

Five Duggar women were pregnant with Amy's due date to arrive first. While the actual due date was supposed to be until October 9 (that's what she said in the comment section on one of her Instagram posts), she suddenly had early contractions on September 21 and was rushed to the hospital immediately.

Despite the pain the 32-year-old went through, she was not going into labor just yet. She is 38 weeks into the pregnancy and had a follow-up appointment on September 24. Her famous cousins did tell her to just take the pregnancy thing easy and not rush into work too early even after birth. It seems she needs to rest through the entire remaining days of pregnancy as well, after the doctors firmly recommended her to in the second appointment.

Prior to her "one of those serious times", she always tried to be too physically active. Just last week, she had a milk-bath photoshoot. Now, she knows the meaning of taking it easy as she won't be getting out of the bed too often.

In that regard, Amy posted a funny picture of herself on Instagram on September 25, while sipping a very large drink from Chick-Fil-A, attempting to give a lazy-pose like Lisa Kudrow did on 'F.R.I.E.N.D.S.' as 'Phoebe'.

The mom-to-be already had a baby shower last month, by the way, twice even. She also released her first child's name as well, son 'Daxton Ryan' back in July when she and her husband, Dillon King, were vacationing with her mother, Deana Duggar.

In addition to all her announcements on every phase of her first pregnancy, she also replied to a fan's query on the comments section about whether she would air the birth of her son on 'Counting On'. Her cousins had their births on camera, but despite not being the shy away from the camera too often, she gave a pretty stern rejection reply.

Nahhh no thank you! It's a private event lol. No cameras need to see all of that!

Amy featured countless time on the two Duggar Family shows and even had her own TLC special, 'A Duggar Leaves Home'. She appeared alongside Dillon on another special, 'Amy & Dillon: Married One Year' and on WeTV's 'Marriage Bootcamp'. So you know she is not scared to be on camera, she just doesn't want people peeking into such a private matter.

So it seems she is doing just what her reputation entails, going about things a little differently than what her 19 cousins have to follow. It is not because she wants to go against the Duggar custom, as she made it clear in the comments of her milk-bath photoshoot post. She doesn't care what anyone thinks of her actions; she does what she feels comfortable too.

Even though she says she won't televise Daxton's birth, she will get her fans up-to-date with the current events in her pregnancy like she already has. It's only a matter of weeks she and Dillon need to wait. We know they can't wait to welcome Daxton to the world; it's been far too long.