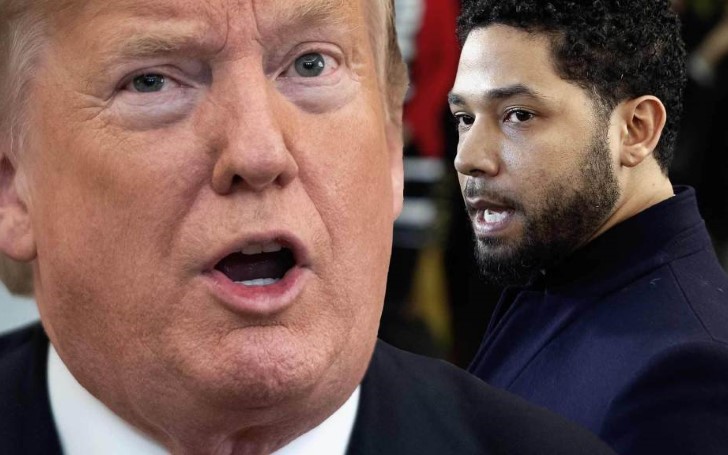 President Trump spoke at a campaign rally in Green Bay, Wisconsin, on Saturday where he called Smollett's headline-grabbing case a "disgrace to our nation". This was prior to dubbing "MAGA country" the "greatest theme in the history of politics."

As the crowd booed, Trump said, "I didn’t hear that term until that third-rate actor in Chicago went out and he said, 'I was beaten up by MAGA country.' Can you believe it?"

Trump continued, "Turned out to be a total lie."

Trump on Jussie Smollett: "It's called MAGA country. You know I didn't hear that term till that third rate actor in Chicago went out an he said 'I was beaten up by MAGA country' Can you believe it?" pic.twitter.com/5AXlprZ4x8

Previously in late January, Smollett claimed two men yelled "This is MAGA country" during an alleged racial and homophobic attack.

Two months later in March, Chicago prosecutors suddenly dropped the 16-count indictment against Smollett. They had previously indicted him for disorderly conduct and accused of filing a false police report.

Chicago Police Superintendent Eddie Johnson and Mayor Rahm Emanuel criticized the decision referring to it as a "whitewash of justice."

Earlier this month at the National Republican Congressional Committee, the commander-in-chief continued to criticize Smollett, referring to him as "the actor that nobody ever heard of".

Trump's remarks at his campaign stop coincided with this year's White House Correspondents' Dinner. This was the third time the president has skipped the event celebrating the history of journalism and the First Amendment.