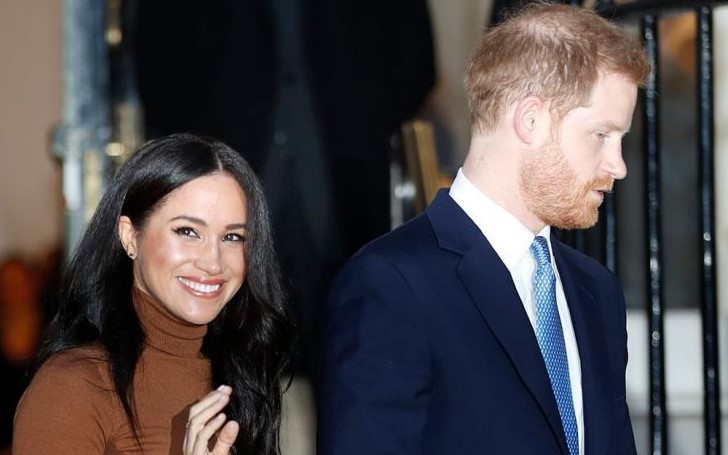 On Wednesday, January 8, 2020, Prince Harry and Meghan Markle revealed they intend to step back as senior members of the Royal Family as they want to work to become financially independent. We kind of always had a hunch Meghan Markle, and Harry is not the one who will stay with the Royal Family for too long. Well, that's not a notion anymore.

The Duchess and Duke of Sussex were in Canada over Christmas with son Archie and now have decided to settle in North America. The decision came after many months of reflection, and internal discussions, Prince Harry and Meghan added on their statement.

The statement came without prior notice to the members of the Royal family. But Harry and Meghan added they would continue to honor their duty to the Queen, the Commonwealth, and their patronages even after they split their time between the UK and North America, however, The Royal Family was said to be hurt with the statement they made.

Following this, the Queen had been in touch with the Prince of Wales and Duke of Cambridge and directed all the senior staff to work to find the solution within days. But before the Queen could assign work to her team, Meghan had already left for Canada. So, what happened so far, and what will happen next? Let's just find out.

Does This Mean Meghan Markle and Prince Harry Quit the Royal Family?

Despite the rumors, no! As the Duke and Duchess of Sussex clearly mentioned on their statement, they will continue to honor their duty to the Queen, the Commonwealth, and their patronages. So, no, Meghan Markle and Prince Harry did not quit the Royal family. It's just that Meghan and Harry want to be "independent."

Well, we can understand, Meghan can easily hop back to her previous career, acting, where she spent her fair share of life.

We don't doubt she will still be able to make a living out of her former career, but what about Harry? What will he be doing? It's still pretty much the guess right now. But Harry and Meghan are involved in some business, so we suppose they will be fine.

What Caused Meghan and Prince Harry to Step Back as Senior Members of the Royal Family?

According to the statement, it's pretty clear why, but some people beg to differ and think the main reason for Meghan Markle and Prince Harry split with the Royal Family is "Racism." These claims came from Black Britons as racism has been the prime reason why Meghan wants out.

The former Duchess of Sussex has always been the target by British media since the day Meghan married Prince Harry. What do you expect when one of the most influential media persona, Piers Morgan, never missed a chance to bash Markle.

He had said the worst one could imagine on the live TV about the Duchess. However, Piers is not alone, the whole British press succeeded in their project of harassing Markle, and chase her out of Britain, but little did they know, they will lose Prince Harry too.

You May Also Like: 'Outmatched' Is Coming to Fox This Month; Catch the Details Here - Trailer, Cast, Release Date and Plot, to Get You Started

Sadly, it's still true, racism still exists, and in Britain, it crossed all limits. We are saddened to report this, but people are still discriminated by color and class, and Meghan was no different for them, she was just an outsider, a girl of color, who managed to bewitch Prince Harry. This has been pretty much the case whole time, and Markle wanting out doesn't even surprise us.

With Meghan Markle and Prince Harry Stepping Back as Senior Members of The Royal Family, Their Wax Figures are Removed

The former Duchess and Duke of Sussex came with a shocking statement this Wednesday evening; their statement swept everyone on the Royal Family off their feet. And the Royals even pretended to sort out things, but Meghan already had enough and left for Canada.

While we are in no position to judge Markle and Harry's decision, the Royals came with a very naive, if not, childish move. From which one thing is clear, they don't want to sort out things. Recently, the couple's wax figures were removed from Madame Tussauds London's Exhibit, within 24 hours of Harry and Markle's statement to leave Britain.

Also Read: Meghan Markle and her Husband Prince Harry Have been Known to Stray from the British Monarchy

The Museum released a statement on Thursday, which read," Alongside the rest of the world, we are reacting to the surprising news that the Duke and Duchess of Sussex will be stepping back as senior Royals."