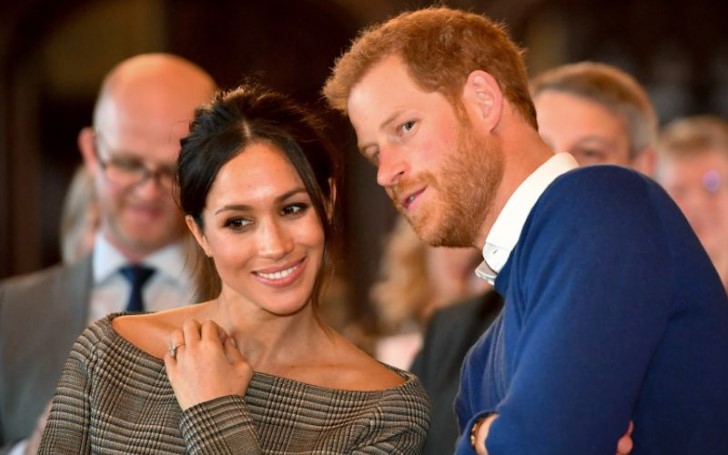 Prince Harry and Meghan Markle are reportedly moving to Africa.

Prince Harry and Meghan Markle are not only preparing for the birth of their first child, but it looks like the duo could be contemplating a major move.

As per the reporters of The Sunday times, Tim Shipman and Roya Nikkhah, "Courtiers have drawn up plans to hand the Duke and Duchess of Sussex a major international job that could see them moving abroad after the birth of their child."

The Sunday Times reports the destination would likely be Africa. A source shared, "Discussions are at an early stage, but the plan is to find a new way of using their soft power abilities, most likely in Africa."

The paper further explained Sir David Manning is spearheading the plan. Manning is the former British ambassador to the U.S., as well as a special adviser on constitutional and international affairs to both Prince Harry and Prince William. The move is expected to take place sometime in 2020.

Buckingham Palace is not denying a report that officials have discussed sending Harry and Meghan to Africa as a way of capitalising on their appeal to young people in the Commonwealth - and of putting further distance between them and the Cambridges.

The move, though, wouldn't take them away from the kingdom forever. The Sunday Times explained, the pair would work on their charitable missions and promote the United Kingdom during their stay there for a two or three-year term.

A move to Africa isn't new for Meghan and Harry. As a matter of fact, the pair spent their honeymoon in East Africa after falling in love during a trip to Botswana in 2016.

Also See: Meghan Markle and Prince Harry Split From William and Kate After Fight; The Queen and Prince Charles Support The Split

Meanwhile, the palace is not strictly denying claims there are plans in store for the royal couple. Officials from Kensington Palace shared in a statement, "Any future plans for the Duke and Duchess are speculative at this stage. No decisions have been taken about future roles. The Duke will continue to fulfill his role as Commonwealth Youth Ambassador."

A source close to the royals additionally told The Sunday Times, "There have been various ideas floated for them to take on a job abroad, such as governor-general of Australia or Canada, wherever."