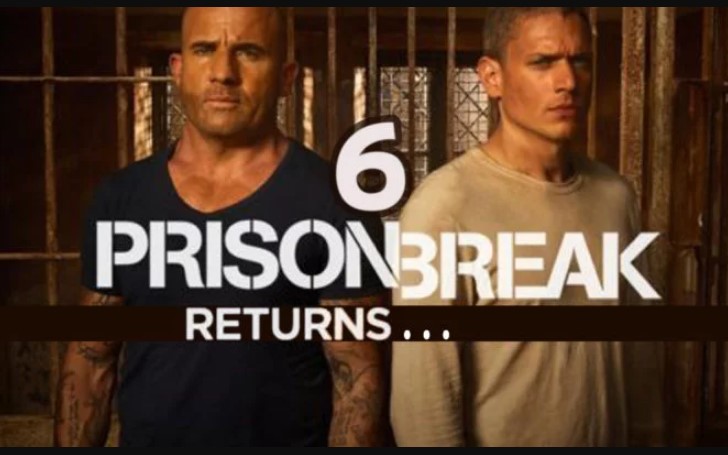 Prison Break Season 6 is happening, according to Dominic Purcell.

The good news for all the 'Prison Break' fans that season 6 is finally happening. The claim comes from one of the stars of the series, Dominic Purcell.

Purcell took to his social media to announce the news, on his Instagram, Dominic shared a photo of himself where broke the news to his fans.

On the caption, Purcell wrote,

Back in August Purcell said on his social media post that he had been hearing the return of the show for its sixth installment. The star of the show, during the time, added the filming would likely start in October.

Prior to that, talking to Digital Spy, Purcell said,

"Now with the horror of this virus the calamity of it all drills inside me a new focus a steely resolve with PRISON BREAK 6– I'm very optimistic with [social distancing] and a fierce adherence to expert opinion on how to beat this catastrophic unprecedented event."

"We all as one will be victorious over coronavirus – corporations such as Netflix are desperate for content. I won't comment on [Prison Break Season 6] until it is time."

You May Also Like: Kate Gosselin Accused of Physical and Mentally Abusing Her Son