home Entertainment Where Is Bodybuilder Rachel McLish Now? What's She Doing These Days?

Where Is Bodybuilder Rachel McLish Now? What's She Doing These Days? 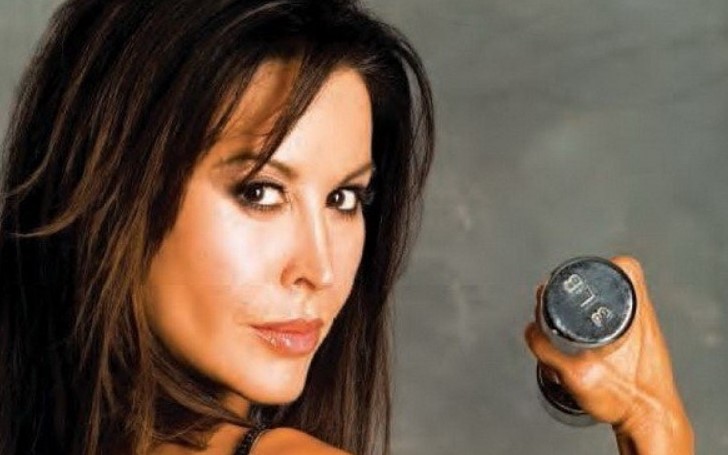 Rachel, who was born on June 21, 1955, to father Rafael Elizondo and mother Raquel Elizondo, won her first bodybuilding championship at the age of 25. While diving into her career, we bumped into many interesting facts that we thought you should know. So, let's just find out about them.

Despite her highly successful career, Rachel McLish did not stay too long as the bodybuilder. A small-town girl from Harlington, Texas, did not know what to do with her life. And still uncertain about her life, she tried her hands at bodybuilding.

Though she initially wanted to be a ballet dancer while she was still in school, that changed over time and decided to be a cheerleader. After she graduated from the school in 1973, she wanted to do something different.

Also See: YouTuber Joe Weller's Body Transformation — He Tells All in a Video

Thanks to her dad, who was a fitness enthusiast, she was introduced to the world of bodybuilding. However, her passion for fitness came with a price. She worked small jobs so she could afford her gym fees.

Rachel McLish, after her graduation in 1977, went on to become a partner of Shape Center.  She was already doing good in her business and taking her bodybuilding passion alongside it. So within the period of three years, the year came, that changed everything for McLish.

In 1980, Rachel McLish competed in the USA Championships under the Superior Physique Association  (SPA) and won the title. In the same year, the star bodybuilder also competed in Ms. Olympia and became the first-ever female to win the Ms. Olympia title. Certainly, 1980 was one of the most productive years of her.

Rachel never looked back after her win. The next year in 1981, the star bodybuilder again competed for Ms. Olympia and took the second place, and still in 1983, she competed in the same events and took home the title for the second time.

While everything was going great for Rachel, as she was doing pretty good as a bodybuilder, Rachel McLish decided to leave the bodybuilding career altogether. In 1984, the star bodybuilder announced her retirement after that year's Ms. Olympia contest.

After her retirement, the former bodybuilder tried her hands at modeling. With a physique like hers, and the beauty she possessed during those days, every modeling agency was ready to take her in.

In fact, the same thing happened. Her uniquely bold figure was enough to bowl many hearts, and at the same time, she was a role model to people, and more precisely, to women who thought, at the time, bodybuilding was not for women. She changed everything for good and is still praised for her bold moves in her career.

Since Rachel was successful as a model, it was natural for her to learn and try her hands at acting. Rachel, who saw a plethora of career switches, got to work along with Arnold Schwarzenegger in an instructional video named 'Shape Up with Arnold,' following which she got her stint on movies like 'Getting Physical' in 1984, 'Aces: Iron Eagle II' in 1992, 'Raven Hawk' in 1996, and 'Ordinary Average Guys' in 2011.

Where is Rachel McLish now?

Rachel McLish marked her name on whatever career she embarked on. From her school time ballet dancing to being the first Ms. Olympia champion, then a model and an actress, she is regarded as successful.

After her stint as a bodybuilder, model, and actress, Rachel published several books that were mainly based on her career as a bodybuilder and fitness enthusiast. She authored a numbers book under the name and still continues to do the same.

You May Also Like: Jo-Ellyn Tucker is the Wife of Mel Tucker - Find Out Some Interesting Facts About Her

Rachel McLish lives in a $3 million house in Rancho Mirage, California, with her husband Ron Samuels since 1990. Rachel holds an impressive net worth of $19 million. The former bodybuilder teamed up with Ulf Bengtsson's 'No One Cries For You' project and also spent most of her time in volunteering work like helping women of East Africa by providing tools to embrace their health and beauty.