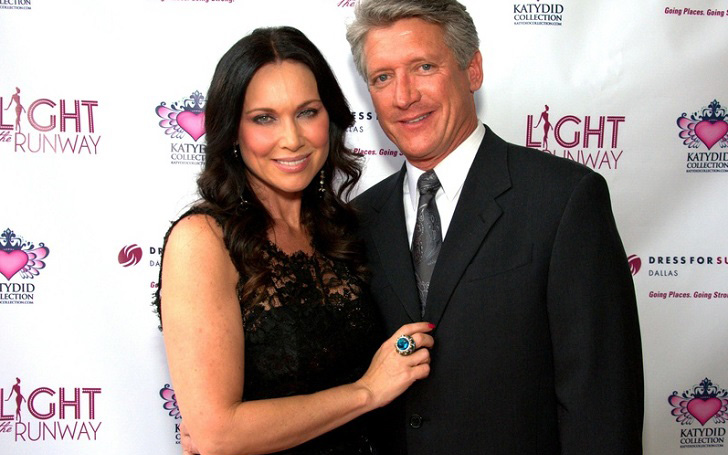 Real Housewives of Dallas star LeeAnne Locken and Rich Emberlin got married on Saturday giving a firm shape to their relationship of 10 years.

The Texas natives exchanged their vows in the spurring presence of a crowd comprised of family, friends, and Locken’s 'Bravo' costars.

Guests did their best to bring upon the celebratory mood as the 51-year-old reality star walked down the aisle in a straight out of a fairy tale custom white gown by Texas-based designer Nardos Imam of NARDOS Design. Meanwhile, Emberlin, 54, provided utter justice to a black tux by Don Morphy Prive Clothiers. 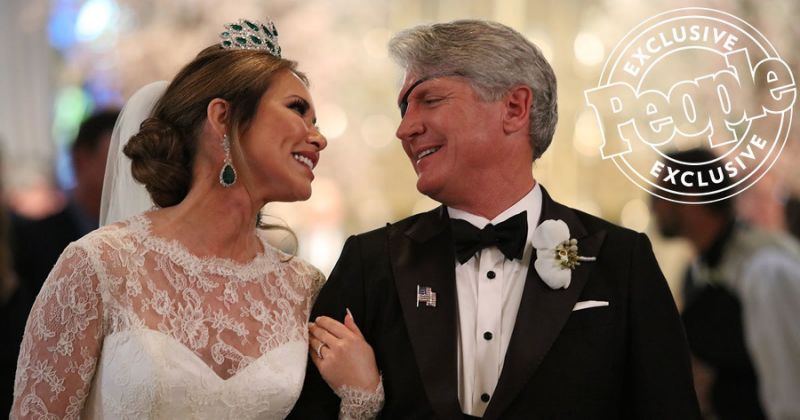 As a matter of fact, this wedding marks the first one for Locken while Emberlin’s is on his third. Nonetheless, he also calls 20-year-old, Elise, his daughter who is from a previous relationship.

The couple came out about their engagement back in September 2017. To add up, Emberlin had asked for her hand in marriage on Texas State Fair in Dallas last October in an elaborate scheme. Actually, Locken discovered a “ginormous” 10-carat ring behind a red balloon in a balloon pop game.

Locken expressed to PEOPLE at the time,

“It was the happiest carnival prize ever,”

She went on to say,

“I had no clue. Honestly, Rich surprises me every single time that he does something over-the-top, romantic and kind. I’m always like, ‘Wow your heart has such a huge capacity for love.’ The whole thing really just blew me away. I’m incredibly lucky.”

After the engagement, the two went into a furious preparation mode for their big day taking the help of their wedding planner extraordinaire Steve Kemble. In fact, Locken even lightened her hair for the occasion which in itself was a major change.

She let PEOPLE in on her wedding plans on February stating, “I want to look soft for my wedding, I want to look angelic.” which she undoubtedly did.

The reality star added, “The wedding, I’m going to keep simple in the cathedral. Because I want to be respectful. But then the reception, I want to be a big celebration, I want to do flower walls with neon signs in them for social media pictures. We’ve started going through a bunch of stuff. Napkins, silverware, personalized wine bottles — just different stuff. I want it to be such a fabulously fun party.”

You may also like: Everyone Need to Know about 22 Gifts for the Fans of The Real Housewives

Explaining why she chose April for the big day LeeAnne,51, said, “It signifies rebirth. It’s when spring comes and all of the flowers are blooming. It’s when all the dogwoods are in bloom. To me, it’s a signal of God saying, ‘Life goes on. Here’s the beauty of life,’ ” Locken explained. “So April’s a month that’s always been precious to me.”

Now that the ceremony was a huge and beautiful success Locken is b0ound to take a leap into a happy married life, of course, starting with an “over-the-top, crazy fun party.”