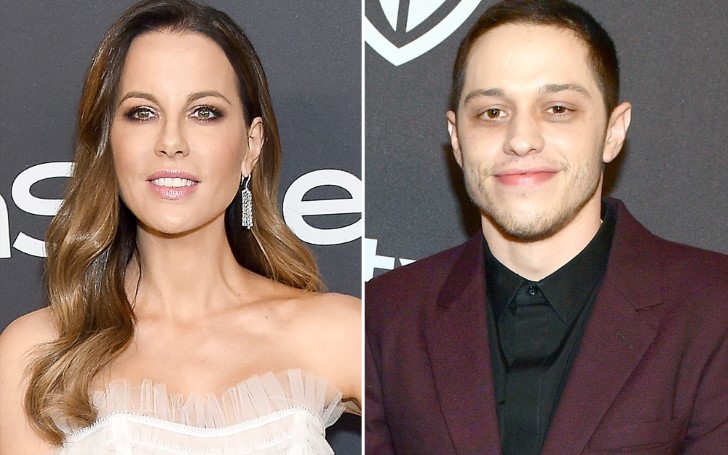 The 45-year-old actress  Kate Beckinsale is more than interested in the stand-up comedian Pete Davidson.

According to a source to US weekly, Kate is into younger guys who make her laugh and Davidson apparently seems to be a perfect match.

“Kate is into Pete and he’s exactly her type. She likes young guys who make her laugh.”

The duo came into the spotlight after sparking relationship rumors from Golden Globes after-party where the comedian was spotted cozying up with the Underworld actress.

Kate Beckinsale is a British actress best known for her roles in the Underworld movies, The Trials of Cat McCall, and Total Recall.

The actress was married to American producer, screenwriter, film director Len Wiseman for 12 years beginning in 2004 until 2016. Prior to her marriage, Beckinsale was romantically linked with an actor, Michael Sheen, from 1995 until 2003.

Following her divorce, Kate Beckinsale is just looking to have some fun and she is loving all the attention she’s getting from comedian Pete Davidson.

Just as Beckinsale, Davidson following his break-up with pop star Ariana Grande, isn’t looking for anything serious, either.

With both preferring a casual dating fling, it is unlikely this relationship will last. However, the two will surely be spending a bit more time together in the future.