home Lifestyle Who is Rebecca Herbst's Husband? Learn About Her Married Life Too

Who is Rebecca Herbst's Husband? Learn About Her Married Life Too 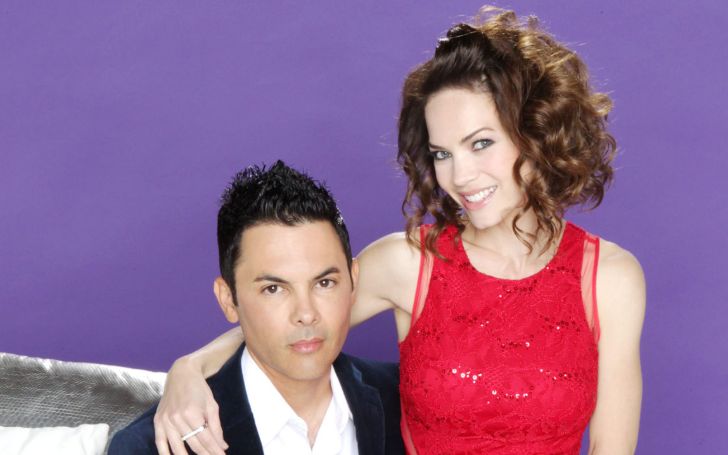 Learn about the relationship status of Rebecca Herbst. Here are the details.

Rebecca Ann Herbst is an actress known for playing nurse Elizabeth Webber on the ABC Daytime drama General Hospital. On August 1, 1997, she originated as Suzee, an alien, on the Space Cases Nickelodeon.

On  May 12, 1977, she was born in Encino, Los Angeles, California, United States. Herbst was an ambitious figure skater as a child, and at age sixteen, shifted to concentrate on acting.

She is famous for acting, but fans are confused regarding her real-life relation, which sparks news. Continue reading ahead to know.

Who is Rebecca Herbst's Husband?

Aside from having a successful career in one of the most famous soap operas, Herbst seems to have a blessed married life. Rebecca Herbst has been married almost for two decades which is quite surprising.

She is currently married to Michael Saucedo, whom she briefly met at General Hospital. In the early 2000s, Saucedo played Juan Santiago on the show for a few years. They started their relationship and eventually leading to marriage in 2001.

Related: Who is Sierra Capri's Boyfriend in 2021?

Saucedo is also a published author. He and Nik Price co-wrote the first book, Dead Extra, in the Liberty Strong series. The book was published in 2014. The main character, Liberty Strong, is based on Herbst, whose middle name is Liberty.

Herbst and Saucedo share three children. They welcomed their first child Ethan in 2001 and secondly, Ella, in 2004, and lastly Emerson in 2010. Additionally, the family also owns four dogs.

She once revealed with Soaps In-Depth: “I love taking them out into the fresh air and away from the concrete, cars, and electronics, and hiking for hours upon hours with just us for company… We take our phones everywhere like the rest of the world — because we need to take pictures. But my kids know that when we’re together and hanging out, nobody’s on their phone.”

General Hospital star Rebecca Herbst Will be Staying on as Elizabeth.

A rep at ABC first confirmed that Rebecca Herbst would leave Port Charles. Per their announcement: “Storyline dictates the exit of Elizabeth Webber this spring. The next few months promise to be a ‘not to miss’ story for the character. We at ABC and General Hospital wish Rebecca Herbst nothing but the best in all of her future endeavors.”

However, Soap Opera Digest reports that ABC has later confirmed Rebecca Herbst will be staying on as Elizabeth. Not long ago, they stated that Rebecca Herbst (Elizabeth) would be leaving the cast this spring, but it seems that TPTB has changed its plan.

According to preliminary reports, it seems the famous actress will be signing on to stay with the series. She is currently married to Michael Saucedo, whom she briefly met at General Hospital. In the early 2000s, Saucedo played Juan Santiago on the show for a few years. They started their relationship and eventually leading to marriage in 2001.