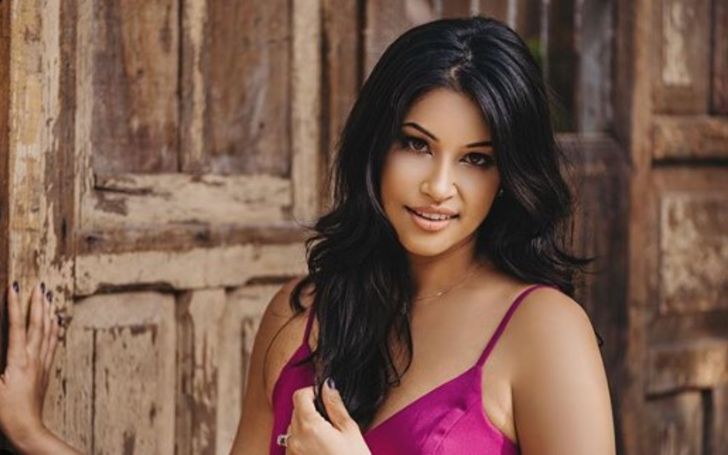 Most of you might not know Richa Shukla Moorjani, but let us tell you that she is someone who you might love to keep your eye on. The upcoming star Richa is an Indian-American actress and dancer who began acting from her school days.

Shukla, at an early age, performed at the Edinburgh Festival in Scotland with her high school friends in 2006. As her family is filled with brilliant performers, she is gifted with exceptional talents, which led her to the trending Netflix series, Never Have I Ever. In 2008, Moorjani has even crowned Miss India Northern California and subsequently, became the first runner-up in the Miss India USA.

There are more exciting things you might want to know about her. So on this page, we will share interesting facts related to the raising actress Richa Shukla Moorjani.

Richa Shukla Moorjani was born on May 26, 1989, in Alameda County, California, to Minnie and Ramakant Shukla, who is of Indian descent, was raised in the San Francisco Bay Area.

The rising actress Moorjani was born on May 26, 1989.
Photo Source: Instagram of Richa Shukla Moorjani

Both of Richa's parents were performing artists. Her father and mother were part of a Bollywood band, Geetanjali, which played in many places. They even gave their performance in several stages all over California for over three decades.

Even Shukla's grandmother, Prabha Gopal, was into arts, she is the founder of Bay Area Performing Arts. So, her family-deep connection to rich culture motivated her to pursue a career in the entertainment industry as an actor.

Moorjani studied acting at Barry John’s Acting School in Mumbai, India, and later she relocated to Los Angeles to pursue her dream to be an actress. She went to U.C. Davis, where she passed out with a bachelor’s in arts degree with a minor in theater and dance.

The question which roams most of the people when they see gorgeous Richa Shukla is that is she married or not? Now the bitter truth of her male followers is, she is married.

Yes, Never Have I Ever actress, Shukla is married, and she recently tied the knot with her lover Bharat Rishi Moorjani on October 19, 2019, according to Earn The NeckLace. Like Richa, her husband is from Indian-American ethnicity. The beautiful couple shared their marital vows with all the grandeur of a traditional Indian wedding.

Richa Shukla is Netflix Series Never Have I Ever

We saw many new artists in the movie industry raising in the fame from their work in the Netflix series, Richa Shukla Moorjani is also one of those talents who garner tons of attention from her act in the drama Never Have I Ever. The show premiered on April 27, 2020, and is loved by many of its viewers.

In the Netflix show Never Have I Ever, Shukla is portraying the role of Kamala, which is her first leading role. Mindy Kaling and Lang Fisher create the series who are famous for their work in the industry. Further, her work in a short drama Broken Drawer is in post-production in 2020.

Focusing on her past works, then gorgeous actress Shukla began her acting career from the TV show, Mark at the Movies in 2011. She played a small role of a party girl.

Upcoming actress Shukla with Mindy Kaling for Netflix series Never Have I Ever.
Photo Source: Instagram of Richa Shukla Moorjani

Since then, Richa made her appearance in several short movies and series like X: Past Is Present (as Sanjana), NCIS: Los Angeles (as Rayna), 9-1-1 (as Jenna), Invisible Brown Man (as Seema Desai).

The beauty Moorjani is a talented dancer.
Photo Source: Pinterest

The talented artist Richa Shukla Moorjani was always fond of dancing. She began her training at the age of five and is outstanding Indian Classical, Kathak, Bollywood, Hip-hop, and Jazz dancer.

Shukla work as a dancer can be view in her YouTube channel where we can see gorgeous Moorjani dancing and teaching others to dance as a choreographer.

Further, Moorjani performed as a backup dancer for legendary actress and dancer Madhuri Dixit and gave her performance alongside Priyanka Chopra Jonas at an Indian awards show.

To be updated with more celebrity-related content, visit Glamour Fame.