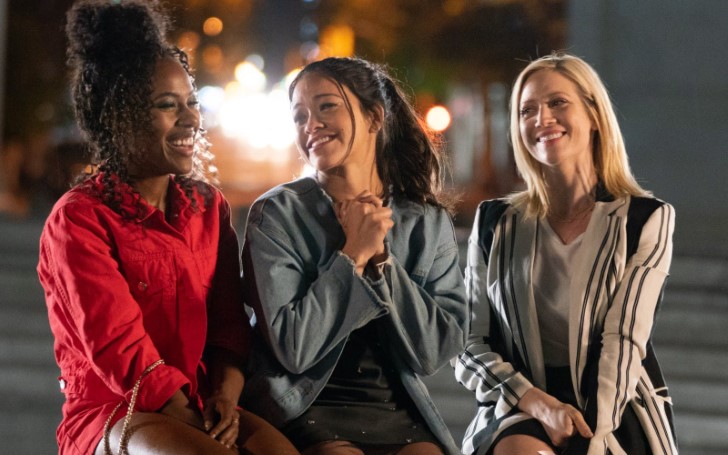 The Golden Globe honoree actress, Gina Rodriguez stars in the trailer for the Netflix upcoming rom-com drama, Someone Great. Last year, the streaming service had a significant contribution in upraising the romantic comedy back into Hollywood.

Netflix 2018 love themed featurettes like Set It Up, The Kissing Booth, and To All the Boys I've Loved Before attracted a whole lot of viewers when they were launched into the web platform the following year, so much so that the company has already ordered the sequels to The Kissing Booth and To All the Boys. The studio also has a number of “coming of age” movies scheduled for this year’s release, including the YA holiday romance novel adaptation, Let It Snow starring Isabela Moner and original films like Someone Great.

Watch the official trailer of Netflix's Someone Great

Someone Great unfolds the story of Jenny (Rodriguez), a newbie music journalist from New York City who lands her dream job at a famous magazine based in San Francisco. However, Jenny's long-time boyfriend (Lakeith Stanfield previously from the movie, Get Out) doesn't want to leave NYC and neither is interested in a long-distance relationship.

Consequently, the couple decides to break-up and Jenny tries to move on by enjoying one last adventure in New York with her friends. The film also marks the directing debut for the MTV’s Sweet/Vicious creator Jennifer Kaytin Robinson. The film was announced a year ago but now has an official premiere date, to go along with its first official trailer.

Earlier today, Netflix released the first outlook and poster of Someone Great confirming that the movie will become available for streaming next month on Friday, April 19.

The clip suggests of Someone Great rather pivoting around the girl and girl relationship than a boyfriend-girlfriend melodrama much like Robinson’s previous series, Sweet/Vicious (except the part in which the latter revolves around two college students who goes rogue in order to hunt down their sexual assaulters). In addition to Jane the Virgin actress, Someone Great also includes the likes of the talented cast such as Pitch Perfect’s Brittany Snow and Shots Fired actress, DeWanda Wise.

Though this time, the co-actress is portraying the role of Blair (Snow) and Erin (Wise) as Jenny’s BFFs. The latter who is the closest to Netflix among the three—having previously worked in Spike Lee’s TV series for the Netflix, She's Gotta Have It (2017-present). Similarly, Rodriguez has also some of her own experience with the Netflix’s studio having lent her voice to Netflix's animated series, Carmen Sandiego as the series’ lead character of the name, while Stanfield got her initiation with Netflix by playing L in the American live-action adaptation (2017) of Death Note series.

Given its surging popularity, a growing number of actors, writers, and/or filmmakers have begun working with Netflix over and over again. The entertainment library is not only known for giving more freedom to its storytellers but also for its willingness to subsidize in lesser-known literally works and turning it into a showbiz hits.

Don't Miss: New Survey Finds 30% Of Americans Would Give Up Sex For Netflix

As such the project like Someone Great would've definitely struggled to get its sponsorship elsewhere for that very reason. But now that it is stimulated by one of the leading entertainment giants, the film might not need to rely on its casts and director’s pre-fame, but solely on how it impresses the observers.