Fans Threaten To Cancel Netflix Subscriptions After Punisher Gets Axed 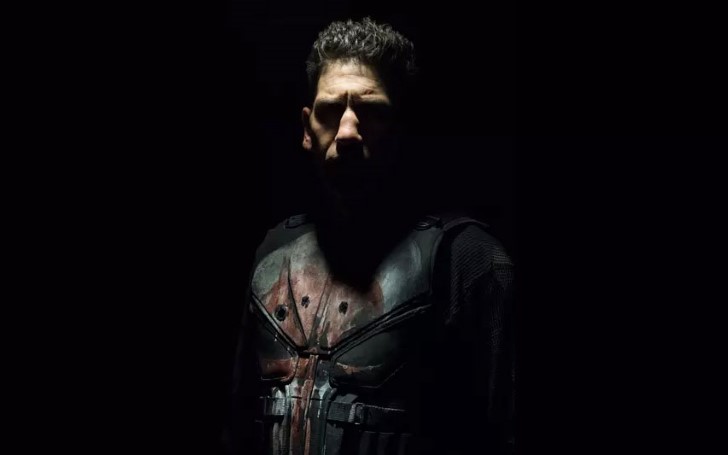 Netflix isn’t one conventional TV network or studio that seems to address the fans callouts or their answers when its especially about the in-house’s business decisions. But sometimes the verdict from those decision-making process turns out to be too harsh for some audience. The act of cancellation of shows has been around for some time, but the studio Netflix is taking that practice in a new fashion or to say precisely, it has been way too bold in dropping its series and sometimes even the films, too.

However, its one genre the streaming service is being particularly ruthless about.

Week after week, the online media service is dropping the curtains on Marvel-Netflix superhero TV shows. What’s more surprising is the fact, all these supernatural series are being slashed off by the network despite their emerging success. Last year, we saw the set being closed on sensations like Daredevil, Luke Cage, Iron Fist, and even the crossover, the Defenders. And this year, two more names fell on its check out list; Jessica Jones, and The Punisher.

Watch the trailer for The Punisher season 2

Fans across the world have been more devastated by the news that Netflix has officially decided to let go of action conspiracy thriller, The Punisher.

But instead of mourning by binge-watching the prior seasons, again and again, the followers of the show have been pondering out an avalanche of backlashes and criticisms.

Some ardors have even threatened of pulling back their subscription because of the media company’s decision. While some are hoping for the Brooklyn Nine Nine’s NBC miracle, many have gone on to lash out their rage through various social sites and media. Some of the most popular tweets read,

Liam (Twitter): "Won't be long before I cancel my @netflix subscription. Getting rid of DareDevil, The Punisher, Jessica Jones and Luke Cage is an absolute joke."

Mike in: "Excuse me while I go cancel my subscription to @Netflix for canceling all the good stuff to keep stupid stuff bring back #ThePunisher for season 3!"

Luke: "Yo @Netflix why did you cancel The Punisher? I literally bought a subscription just for that shit. But you lost my shit hopefully @Disney makes a deal with @Hulu." 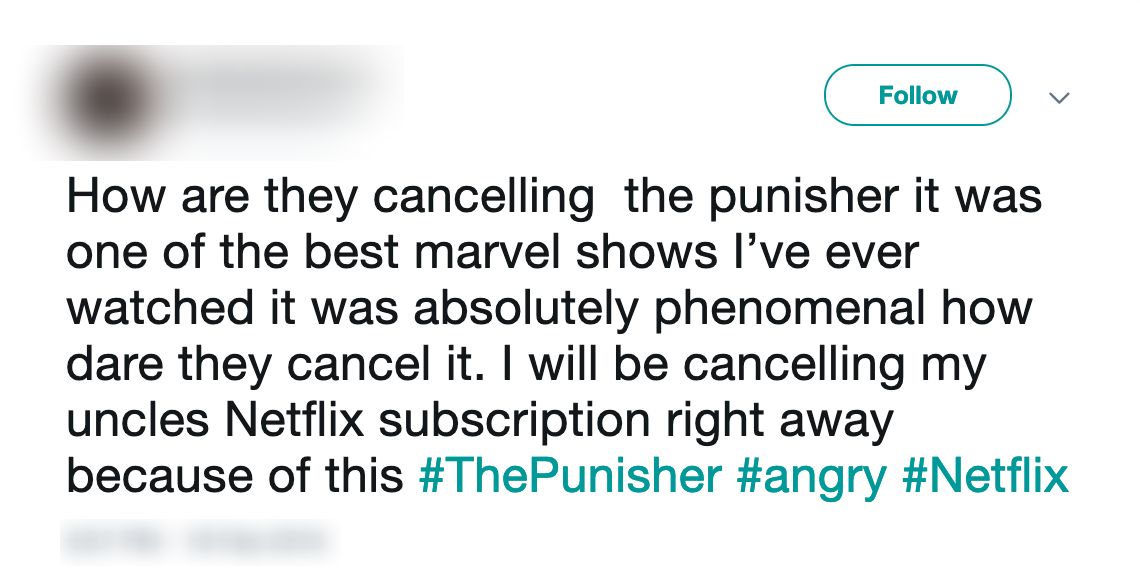 In a response to LAD Bible, the streaming service blatantly said:

"Marvel's The Punisher will not be returning for a third season on Netflix. Show creator Steve Lightfoot, the production crews, and even the lead cast, Jon Bernthal, delivered an acclaimed and enthralling series for fans, and we are proud to showcase their work on Netflix for years to come."

The statement also comprised, Marvel's Jessica Jones would also not see a new season after the culmination of the upcoming third installment.

Netflix then concluded the news by saying,

"In addition, in reviewing our Marvel programming, we have decided that the upcoming third season will also be the final season for Marvel's Jessica Jones. We are grateful to showrunner Melissa Rosenberg, star Krysten Ritter, and the entire cast and crew, for three incredible seasons of this groundbreaking series, which was recognized by the Peabody Awards among many others. We are grateful to Marvel for five years of our fruitful partnership and thank the passionate fans who have followed these series from the beginning."

Last month, the Punisher actor, Jon Bernthal also left a mysterious note on Instagram – thereby teasing the then-yet to be revealed news of his series’ cancellation--which was around the time when the season two of Punisher was just receiving the viewers’ acclaim amid its fresh off release. 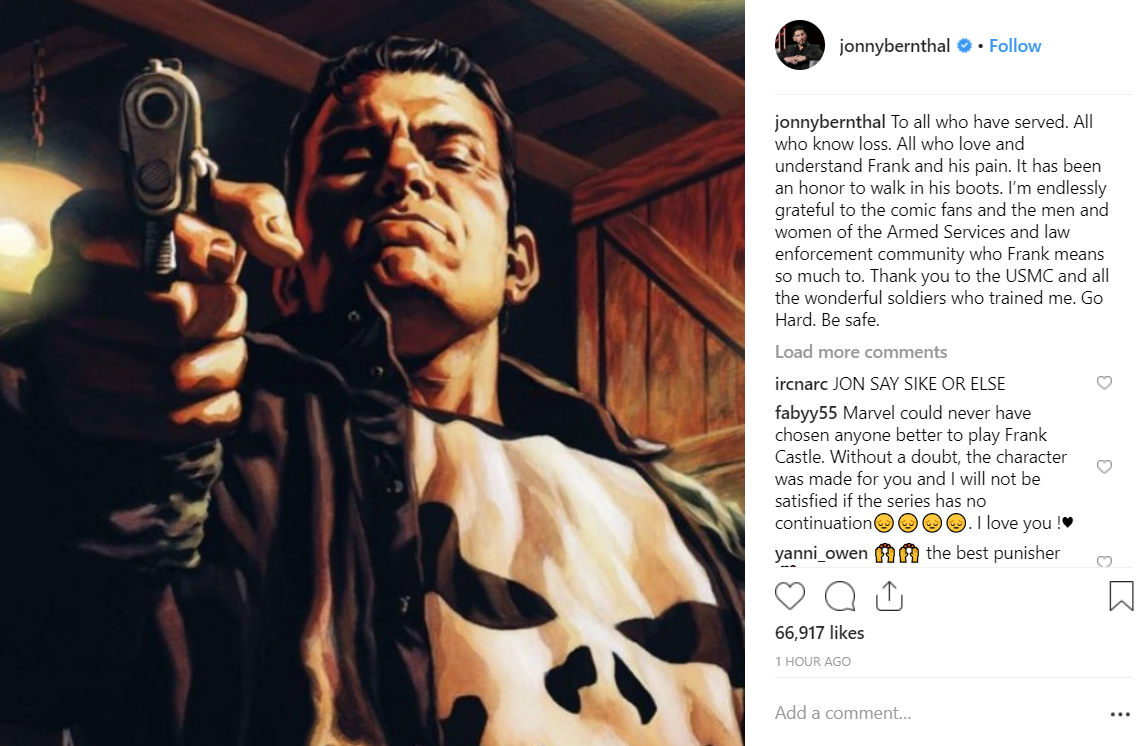 When Entertainment Weekly reached Marvel TV supervisor Jeph Loeb and Steve Lightfoot, the latter being the showrunner for The Punisher, said they had left the field clear for a third adventure to follow the season two finale, but that’s the decision completely onto the hands of Netflix.

"We have a whole story in mind that would be awesome, but again, the guns are locked and loaded, but Netflix has the finger on the trigger," Leob explained.