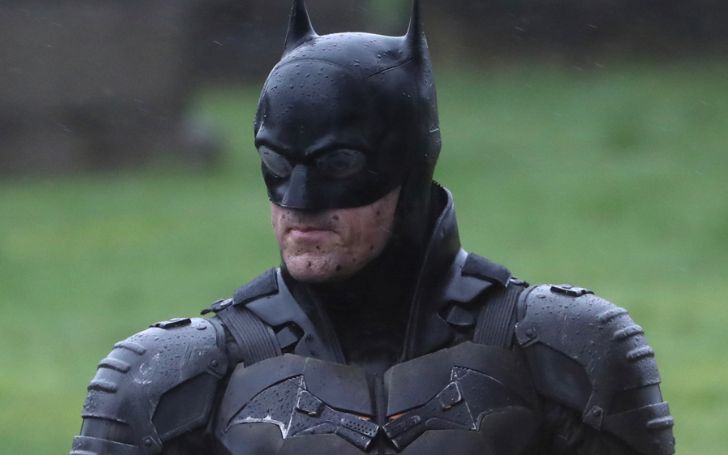 The next Batman film is approximately a year and a half away, but a scene from the Robert Pattinson Batman' 'Caped Crusader' was recently leaked!

Yes, after the short hot teaser of Robert Pattinson flaunting up in a super cool new 'Batsuit' got released, another footage from DCU's upcoming 'Batman' filming in Scotland got emanated.

If you are yet to watch the short teaser, then first check out the short clip to get some idea and glimpse of how's Pattinson, 33, opening up as Batman in the new customized suit.

The filming held on Necropolis cemetery near Glasgow Cathedral, previewed stuntman wearing a caped crusade riding a motorbike in the city.

As you can see, the background clearly articulates the cemetery area Batman's passing by. However, the spectator claims it was not Robert riding the bike.

Upholding the good old classic-comical storyline, the new Batman intro seems to be starting from the cemetery, makes sense as the Batman originated after a mugger murdered Bruce Wayne's parents. So, the scene certainly has connections.

Coming to the superhero outlook, the new costume features Batman with pointy ears on the mask, and the Batman symbol on the chest appears to be made of guns that killed his parents. And not missing the fascinating caliber conversion sleeve with steely-feathery looks - to simply say it's awesome.

However, critics have criticized the new suit for its design, precisely for not having a cowl and mask. But for now, the movie is focused on the origin of the Batman, so the suit is definitely getting updates later. Director Matt Reeves recently told The Hollywood Reporter the new film is entirely focused on "detective Batman."

The leaked image featuring a motorcycle-riding Batman which is based on the comical character from 'Batman: Year One'.

DC comics' "Year One", referred to as "Batman: Year One" is recognized as the Batman's first year as a crime fighter.
SOURCE: Comicbook

As in now, the leaked plot is clearly making sense with the movie being inspired by the comic volume 'Year One'. Behold as the new Gotham protector is coming up from the scratch. Watch out, villains.

Here's a snippet of the post-production where Batman rides and falls off his bicycle, we highly speculate it was an accident that happened for real.

And yes, the majority of fans also wished if Joaquin Phoenix (Joker), who took home the 2020 Oscars for the Best Actor, to reprise the role of Joker in the new reboot. Yes, it would've been lit, but sadly, the movie is not actually a part of DCU.

But who knows what's in Matt Reeves head, however, the connection between the two movies would be perfect as in the 2019 Joker movie, footage of young Bruce has been previewed, and the story can be well blended with the upcoming Batman.

Related: Could Robert Pattinson's Batman Crossover With Joaquin Phoenix’s Joker In The Future?

Nevertheless, the Batman, which started filming on Jan 27, is set to be released on June 25, 2021. So guys, aren't you excited about it?