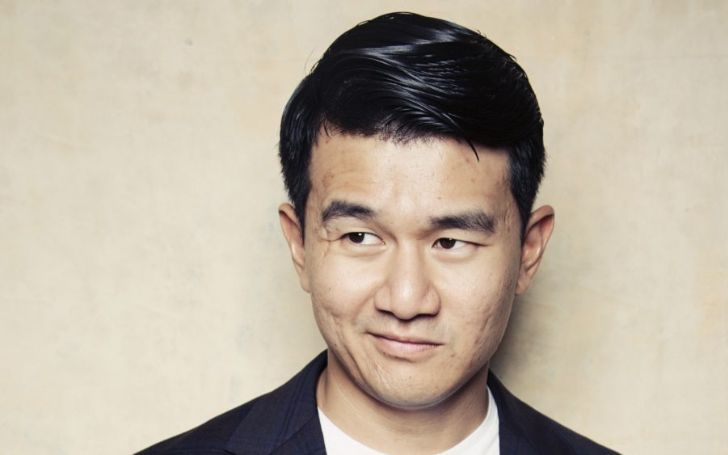 Born Ronny Xin Yi Chieng on November 21, 1985, Ronny is an Australia-based comedian and actor. Chieng recently made a debut in Netflix with his stand-up comedy 'Ronny Chieng: Asian Comedian Destroys America!' where he joked about how few American states have a baffling motto.

The current senior correspondent on The Daily Show, where he appears alongside Trevor Noah, started in Australia as a star of the sitcom 'Ronny Chieng: International Student', which premiered on ABC (Australia).

Ronny entered Hollywood, acting the character of Eddie Cheng, the main protagonist, in 2018 American romantic comedy 'Crazy Rich Asians.' Married to his long-term girlfriend Hannah Pham, the 34 years old humorist currently residing in New York City is well on his way to becoming a big-shot Hollywood TV personality. But how much is the comedian's net worth now? Let's discuss.

As of 2019, Ronny Chieng's net worth is estimated to be around $3 million.

Ronny Chieng's net worth is estimated to be around $3 million.
Source: YouTube

The budding Hollywood actor, like many other personalities, is yet to give out the exact numbers of his assets. But living in New York and serving as the senior correspondent on The Daily Show; clearly, Ronny isn't doing too shabby for himself financially.

Chieng's net worth is credited to his career as a comedian and Hollywood actor.

The recent movie and TV personality started out as a stand-up comedian after he failed to find a job fresh out of law school in Australia. In an interview with Forbes, Ronny said,

I was finishing law school in Australia, and I couldn't get a job, so I started doing stand-up comedy. I was doing better at comedy than I was at finding a law job, so I just kept doing it.

Had Ronny continued to pursue his law career, we probably wouldn't have seen his funnier side.

Ronny Chieng started out as a stand-up comedian.
Source: Zimbio

Despite all the success in movie and TV career, he still goes up on stage to crack a few jokes. When asked about this, he said to Forbes,

Stand-up is definitely my primary profession. I do it every night. It's how I got the Daily Show. It's where all my creative expression comes from—everything I do starts with stand-up. It's what gets the creative juices flowing for me.

He describes stand-up comedy as trying to spin gold out of thin air.

The almost lawyer starred in Australian television comedy Ronny Chieng: International Student that first aired in ABC on 2017. Co-created and co-written by Ronny and Declan Fay, the series follows Chieng's experience as a law student at the University of Melbourne.

Chieng recently made his way into Netflix with his stand-up comedy special 'Ronny Chieng: Asian Comedian Destroys America!'. The show received a massive amount of popularity, especially the part where he talks about a few baffling US state motto.

While staying focused on the American lifestyle, the comedian also didn't leave Asian people off the hook as the comedian jokes about the frequently used stereotype that Asian parents want their kids to become doctors.

With all this success, it's not wrong to say that Ronny's fortune is going to reach new heights.

For more celebrity net worth, visit the entertainment section over at Glamour Fame.