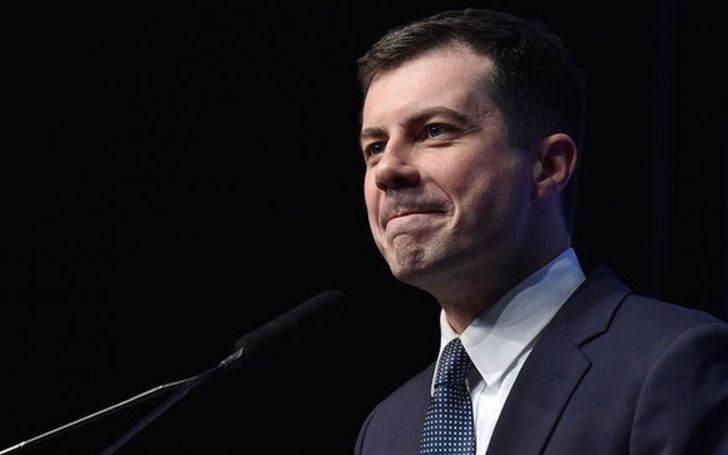 From the staggering $53 billion net worth of Michael Bloomberg, Pete Buttigieg falls last on the list being one of the least wealthy 2020 presidential candidates among them all. Born Peter Paul Montgomery Buttigieg on January 19, 1982, Pete is the current mayor of South Bend, Indiana, since 2012. The 37 years old American politician graduated from both Harvard University and Pembroke College, Oxford, both notoriously known for being the hardest universities to get enrollment. Buttigieg attended Pembroke College, Oxford, on Rhodes Scholarship.

The only openly gay democratic representative for the 2020 presidential candidate is also the first elected official to come out while in the office on June 2015. Only after two months of announcing his sexuality, Pete met the love of his life Chasten Glezman, a junior high school teacher on the dating app Hinge. After dating for almost two years, they got engaged in December 2017 and were married on June 16, 2018, in a private ceremony at the Cathedral of St. James.

The Democratic representative's financially comfortable wealth is all the result of his six-figure salary as mayor of South Bend, Indiana. Over the decade, Pete's fortune took a lot of hits and bounced up and down quite a great deal.

The stabilization of his rocky finance came after becoming the highest-paid mayor in Indiana.

In hopes of becoming the Treasurer of Indiana, Pete left behind a high-paying job as a consultant with McKinsey & Company. However, his dreams were crushed when he lost that relay, and his income dived from $150,000 to just $34,000.

Even after that dive, Pete didn't reach the lowest income of his career. His lowest recorded revenue was only $7,000 in 2011, which came as insurance and pay from being in the U.S. Navy Reserve. Fortunately, the dark time came to an end when he became the mayor in 2012. Nevertheless, he had to go without his parts of his mayoral income when he was deployed to Afghanistan in 2014.

Buttigieg's House, Investments and The Bestseller

The presidential candidate's most valuable asset is probably his 2,480-square-foot house, which he bought for $125,000 around the neighborhood where he grew up. He even took out a $100,000 mortgage just for refurbishing the house and made the news when he revealed that the payment was only $450 per month.

As for investments, Pete poured his mayoral income along with a $35,000 book advance into a portfolio of cash and investments like Apple and Google stock. He also received the remaining $45,000 of the book advance after his bestselling autobiography 'Shortest Way Home: One Mayor's Challenge and a Model for America's Future' was published in February 2019.

Also See: Who Is Scarlett Johansson Supporting In The 2020 Presidential Race?

With almost $355,000 student loans between the couple and Pete's mayoral time coming to an end this year, his income might yet retake another hit.

For more celebrity net worth and news, check out the entertainment section over at Glamour Fame.