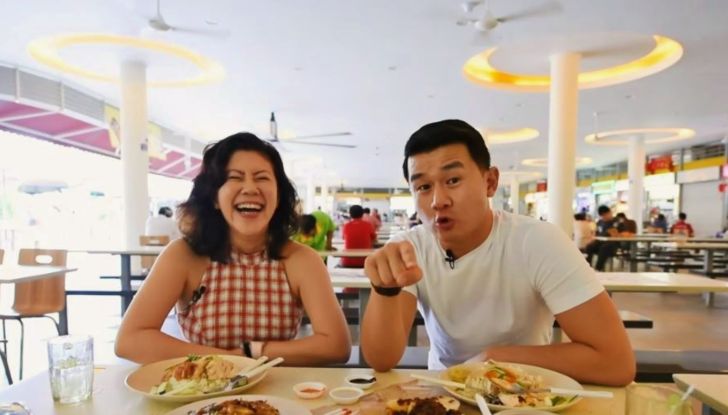 Who are Ronny Chieng's Parents? All the Details of his Family Here!

Ronny Xin Yi Chieng, professionally known as Ronny Chieng, is easily one of the best trending comedians. Also an actor, Chieng has been delivering his deadpan humor on screen for a while now. Chieng's American feature debut in Crazy Rich Asians endowed him with a vast fandom immediately.

A multiple-award-winning comedian, Chieng's stand-up special, Asian Comedian Destroys America on Netflix, further ascended his fame and fans. Currently, a senior correspondent on The Daily Show on Comedy Central, Ronny has more projects coming for his fans this year. Continue scrolling to unveil Chieng's early life and details of his family.

Chieng's Parents and His Early Life!

A global star today, Chieng, like many, started as a clueless teenager once. Chieng captions some words of gratitude topped with a joke. Posting an old picture of himself with his mother, he wrote, "Happy mother's day to my mom.Thanks for allowing me to leave Singapore when i was 18 so I could find my own path yelling jokes in bars for money."

He is known as a Malaysian comedian, but Chieng is ethnically Chinese. His early life spans three countries. Malaysia, Singapore, and Australia. Born in Johor Bahru, Chieng says he is proud of his mixed heritage. As evident from his Instagram, @ronnychieng, he grew up in a close-knitted and supportive household.

Recommended: Who Are Lashana Lynch's Parents? Learn All About Them Here

Ronny frequently visits his family in Malaysia and Singapore. And the comedian never misses sharing his family's extravaganzas every time he visits his native. In 2019, during a visit to his mother in Singapore, he shared his mother hates being on the Internet in a post.

Chieng wrote his mother hates being on the internet.
Photo source: The New Daily

The actor hasn't shared any detailed, informative piece on his parents and early life. He has only allowed peek at his family in bits and via his funny references. But in a tweet in 2019, Ronny paid tribute to his late father. He reveals that his father was a great man, a fierce advocate for education.

Ronny makes sure he imparts the message, even the less talked topics, with wit and levity. And the comedian certainly doesn't shy away sharing his journey to success. During an event with The Cornell Lunatic, Chieng opined on Asian representation and cancel culture. He also had tips for young aspirants.

"If you want to make art on that level, navigating the politics is the part of art," says Chieng.
Photo Source: Zimbio

Chieng encourages young people to explore their creative side with enthusiasm. Reassuring aspirants' faith, Chieng says taking risks is part of the journey. "If you want to make art on that level, navigating the politics is part of the art,” said Chieng.

Check Out: Who is Alyvia Alyn Lind's Family? Know All About Her Personal Life!

Chieng, who is married to Hannah Pham since 2016, has several projects lined up. He is starring in the upcoming Marvel movie, Shang-Chi and the Legend of the Ten Rings. He has also inked a deal with Netflix for his three upcoming specials. Ronny recently joined the cast of awaited thriller M3GAN.