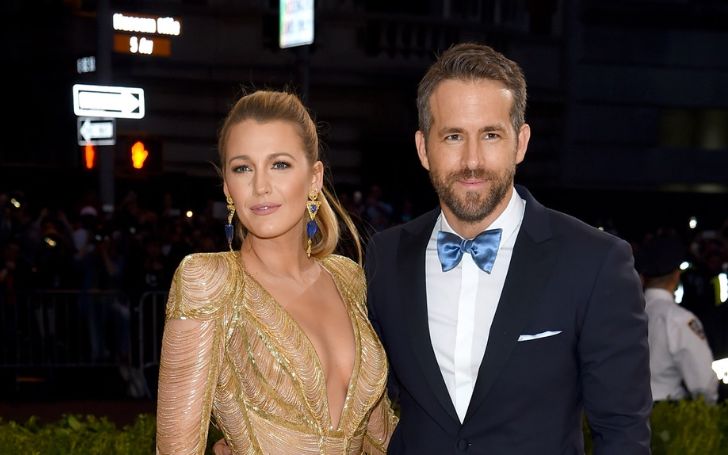 Fans of the power couple surely know that Ryan Reynolds and Blake Lively don't miss even one opportunity to make fun of one another.

And this time also Blake didn't get the free pass – even on her birthday as Deadpool actor trolled her with some of her unseen pictures on Instagram.

Ryan used the special occasion to share some less than flattering pictures of his glamorous wife in a hilarious birthday tribute.

Have a look at these snaps;

Though Blake, who holds the net worth of around $16 million, is either blinking or blurry in each of the snaps, she still looked beautiful.

Well, the Gossip Girl actress also previously shared a hilarious picture of her husband on his 40th birthday. Reynolds was just visible in the shot but had been masterfully cropped out by his wife.

Whatsoever, the couple loves one another unconditionally as they won’t work at the same time in order to keep their family together. Reynolds previously said in an interview with People,

Blake and I don’t do movies at the same time. If she is doing a movie in Thailand and I am doing a film in Vancouver, we would just never see each other. We operate as a unit, and that works really well for us.

Reynolds and Lively tied the knot in an intimate ceremony at Boone Hall Plantation in Mount Pleasant on September 9, 2012, after dating for a year. Besides Blake, Ryan was previously married to actress Scarlett Johansson for 3 years.

Moreover, the duo is the proud parents of their two children, James Reynolds, 4 and Inez Reynolds, 2. What's more, Blake is expecting her third child with her husband.