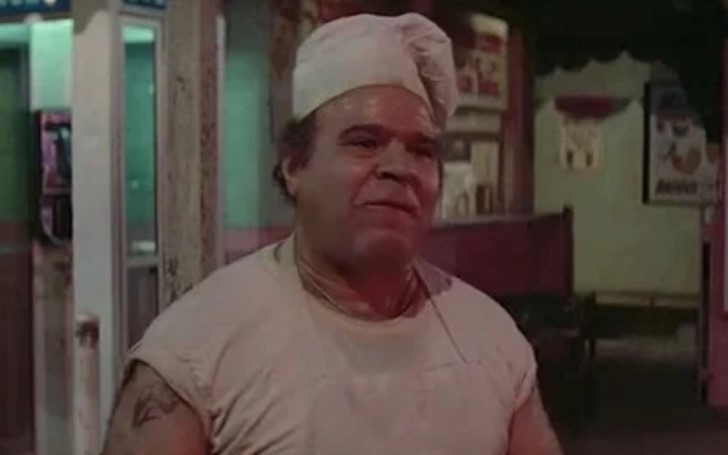 Scarface and Carlito's Way actor, Caesar Cordova, died at the age of 84 from natural causes.

'Scarface' actor, Caesar Cordova, who played the character of 'Taco Stand Cook,' alongside Al Pacino, is dead at the age of 84. The actor died from natural causes on Wednesday.

The news was confirmed by his son, actor Panchito Gomez, that his father died in Atlantic City, New Jersey. The son of the actor told Variety.

Cordova had several hits to his names, some of the best-known works of him are 'Carlito's Way' in 1983, 'Toma' in 1973, but all of them, 'Scarface,' was the most loved project of Caesar.

Caesar played the character of a taco cook at the El Paraiso lunch stand, and in 'Carlito's Way,' the actor played a role of barber.

Both the movies were helmed by Brian De Palma, and this time also, the actor appeared alongside Al.

According to the reports, Caesar was a member of the Actors Studio and appeared on Broadway in 'Does a Tiger Wear a Necktie?'

There were several other trivial roles on Caesar names, to name a few, he could be spotted in 'Where the Buffalo Roam,' Nighthawks,' "Sharks' Treasure," 'Kojak,' 'The A-Team,' Switch,' 'Kagney & Lacey,' and many more.

Cordova is also known to produce an independent movie, 'Paco,' that starred his son, Panchito and Jose Ferrer.

The actor was born on May 16, 1936, in San Juan, Puerto Rico. Before diving into an acting career, Caesar served in the army. Caesar is survived by his wife, Gladys Gomez, sons, Panchito, Luis, and daughters, Ana Sanchez Gomez, and Elana Gomez.

You May Also Like: Mark Ruffalo Honors His Late Marvel Co-Star Chadwick Boseman