home Movies & TV Shows Scarlet Witch Vs Thanos - Who Comes Out On Top In A Solo Fight?

Scarlet Witch Vs Thanos - Who Comes Out On Top In A Solo Fight? 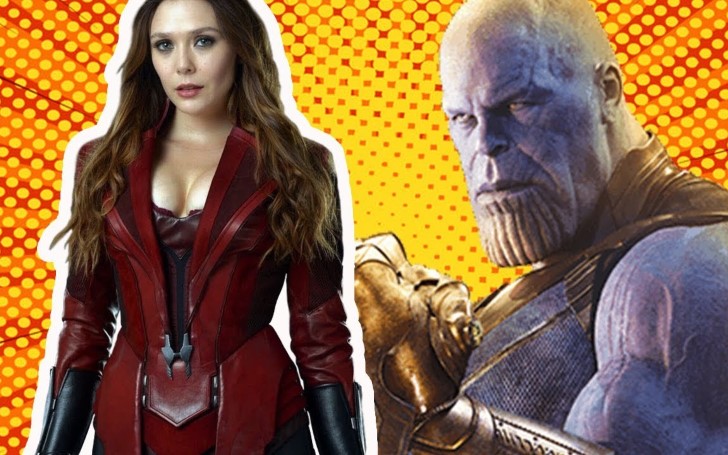 'Scarlet Witch' vs Thanos was one of the talking points coming out of Avengers Endgame. Thanos' almost defeat at the hands of Scarlet Witch was mind-blowing to see even though Thanos didn't have the Infinity Gauntlet.

Watch: Scarlet Witch vs Thanos during the final battle of Endgame

'Wanda Maximoff' aka 'Scarlet Witch' was born in an Eastern European country Sokovia. When she and her brother 'Pietro' were 10 years old, their parents died when a shell collapsed on their apartment. The shell didn't explode and the children were trapped inside the house, the name, written on the unexploded rocket was 'Stark'. Ever since that moment, she hated the US and mostly 'Stark'.

Her power has been on full display since she first appeared at the end of Captain America Winter Soldier. Wanda overpowered vision and put him deep in the ground. She fought two 'The Black Order' members on her own in Infinity War.

Watch: Wanda vs The Black Order

Meanwhile, the origin of Thanos is not given in MCU, but we do know that he is the son of Eternals (a new movie is slated for release in the mid-20s). His own mother wanted to kill him because he showed signs of 'deviant' genes but was stopped by his father. Thanos' mother was afraid because she thought he would destroy the world.

Thanos has been powerful since his birth and during his early years, he became fascinated with nihilism and death. 'Thanos', so much went far as to fall in love with 'Death'. He is no stranger to power, for someone to be able to snap the gauntlet and not die is powerful enough, but he did it two times and still didn't die.

Watch: The snap at the end of Infinity War

'Thanos' and 'Wanda' first met on the battlefield near the end of the Infinity War. 'Vision' tells her to destroy the mind stone and she doesn't want to do that. 'Thanos' appears and she finally agrees to destroy the stone. While she is doing that she is using her one hand to ward off 'Thanos'. She is using all her power to slow down 'Thanos', she destroys the stone but Thanos reverses time and makes her struggle moot.

That was not really a battle per se but a desperate attempt to slow 'Thanos' down. The two again met during the battle of Endgame though. She tells Thanos that he took everything from her and you can see the uncertainty and a little fear in Thanos' eyes. She raises two boulders and smashes it on top of Thanos's head and then stops the swing of the Infinity Sword. Then the amazing thing happens, she breaks the Infinity sword and raises Thanos in air, almost rips him into pieces. Were it not for his ship raining fire, he probably would have been shredded into pieces. 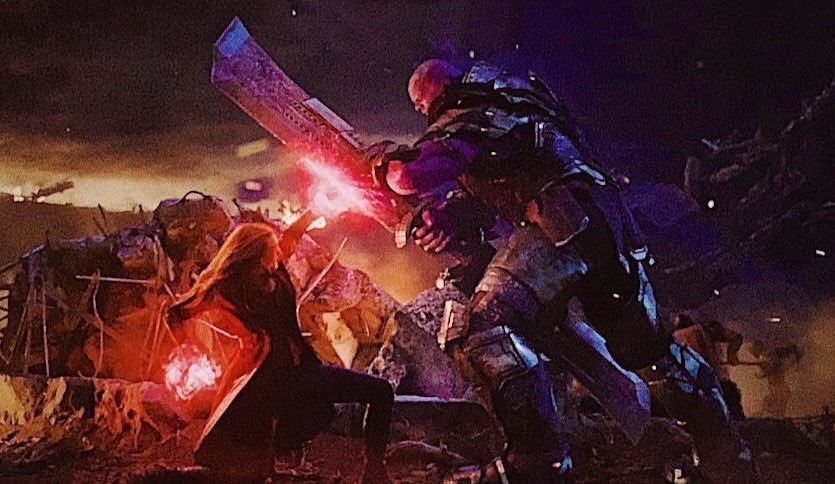 Thanos is genetically gifted and has the power of 'Eternals'. 'Scarlet' is the product of Infinity Stones. In a clear head to head fight, with Thanos also possessing an infinity stone, he will win clearly. Captain Marvel is one of the most powerful 'Avengers' and she got knocked out when Thanos used a single infinity stone. So, in a fair fight with one infinity stone each, Thanos will be a clear winner.

If you want to go by raw power then 'Thanos' has super strength, agility intellect, and immeasurable hand to hand combat skill. 'Scarlet Witch' has power manipulation, and telekinesis but Thanos' sear experience when it comes to battle and the fact that he has survived through all of that is evidence enough to think he knows what he is doing. 'Scarlet Witch' though powerful won't be a match for Thanos in a solo fight.