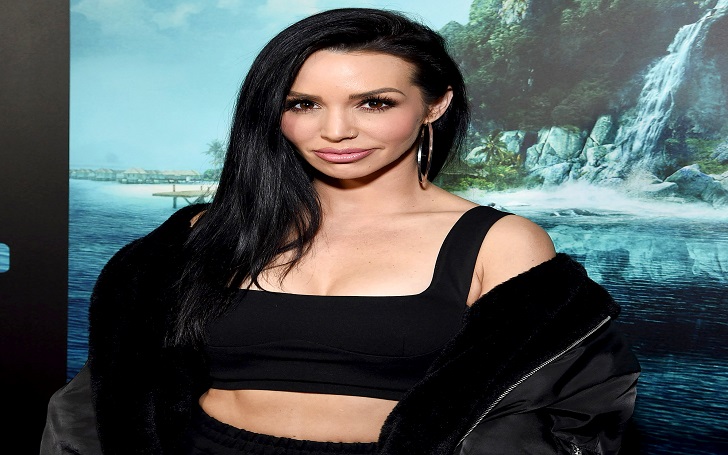 Just a few weeks after Scheana Shay shared the news of being pregnant happily, she now has to face the devastating miscarriage at the six weeks. Shay tearfully shared about the unfortunate miscarriage on Friday's episode of her Scheananigans podcast.

Shay and her boyfriend, Brock Davies were surprised to know about her "miracle" pregnancy as the doctor clearly stated that "it would be close to impossible to get pregnant on [her] own." The 35-year-old who froze her eggs last year and a half explained,

"I didn't think that I could get pregnant on my own. My AMH levels, for those of you who know what they are, were 0.28. That's basically your fertility levels, and that tells you your egg count. I have a very low ovarian reserve."

Shay even took five pregnancy tests over a facetime with her boyfriend, after she got sick after a night of drinking. When the results came positive, the brunette beauty even confirmed with the blood test. Overjoyed at the news, Shay shared her happiness with her mother and sister and even babysat her friend's child to practice her childcare skills.

Moreover, the Bravo star even gave her dad a special surprise on Father's Day by making a surfboard sticker with the news he was going to be a grandfather.

Her happiness soon turned into tragedy after Schaena felt off and started bleeding all the weekend during a trip to San Diego with her boyfriend. After consulting the doctor, she found out her progesterone levels had “dropped significantly" and started taking progesterone pills.

The “Scheananigans” host stopped bleeding after she went on progesterone supplements however after an ultrasound report the doctors found out that "there was no heartbeat" and "nothing progressing" or "growing inside" her uterus. She tearfully added,

“Now I’m at home and I’m just waiting to naturally miscarry. … I’m just literally sitting here waiting, feeling normal but still treating my body as if I’m pregnant, which is a complete mindf***k because I know there’s still something there, but I haven’t passed it yet.”

Despite her own heartbreak, the reality star went on to say she is "so happy" for her pal Stassi Schroeder who is expecting a child with fiance Beau Clark. Stassi was previously fired from Vanderpump Rules amid the news of her racially profiling former co-star Faith Stowers came forward earlier this month.

Likewise, Vanderpump Rules' star Shay has always been open about her plans to become a mother and even revealed during the interview with Maria Menounos about her desire to have two children with the lover, Brock. Scheana has been dating Australian personal trainer Brock for nine months, who is already father to two children from his previous relationship. Meanwhile, Davies is also facing emotional turmoil after losing his baby.