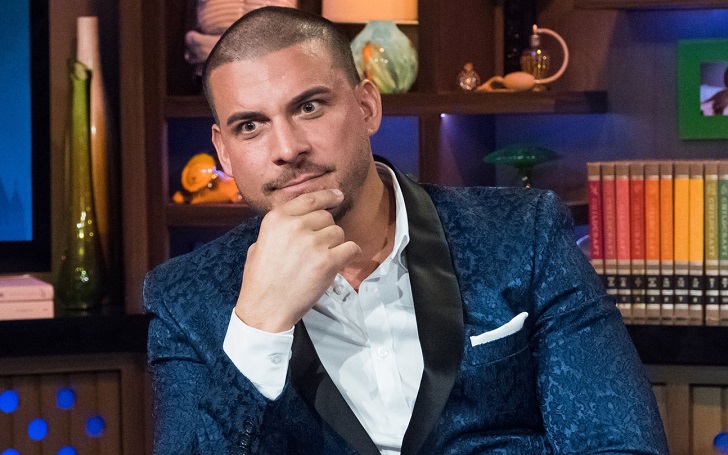 Jax Taylor has been saying he's a "Work in Progress" in all seven reunions of 'Vanderpump Rules', and the cast, including Andy Cohen, has had enough of it.

The 'Vanderpump Rules' cast was not taking Jax Taylor's "work in progress" for the eighth time straight as the gang tried to talk about his mental health issues in the show's reunion, filmed on April 30, on Tuesday, June 16, 2020.

Stassi Schroeder first took the floor to talk about his issues. "We're scared of pissing Jax off and we're scared of hurting Brittany [Cartwright], and we have to be able to be honest with you guys," Schroeder started. "This can't be a situation where we're all f**king scared to have an opinion. You're the one who said you had mental health problems at the end of this season. You are the one, Jax, who talked about how you were depressed, how you were scared about what you were going to do, how you couldn't control yourself. So now we're going to talk to you about it."

Ariana Madix and Tom Sandoval tried convincing him it was for his own good, that they just wanted Taylor to work on himself. But Taylor and his wife, Cartwright, got defensive. Lala Kent revealed that her fiance, Randall Emmett, had managed an appointment with a therapist & even paid for it, but he didn't show up.

Yeah, everyone was down on changing Taylor.
Photo Credit: Jon Kopaloff, Getty Images

And host Andy Cohen agreed with him, mentioning how Taylor's said he was a "work in progress" for the entirety of the show. "I've watched you apologize a million times and not mean it at reunions," he said. "I'm not trying to be an a**hole, but this is our eighth reunion, and this is the same conversation we've had."

Since the episode was taped, though, Schroeder, Kristen Doute, Max Boyens and Brett Caprioni were let go by Bravo when their past racially insensitive comments had come to light, particularly the former two members' reveal by Faith Stowers.

And just recently, Taylor's offensive tweets about Stowers have been exposed, which prompted the rumors that he'd stepped down from the cocktail mixer brand, 'Just Add X', which he denies.