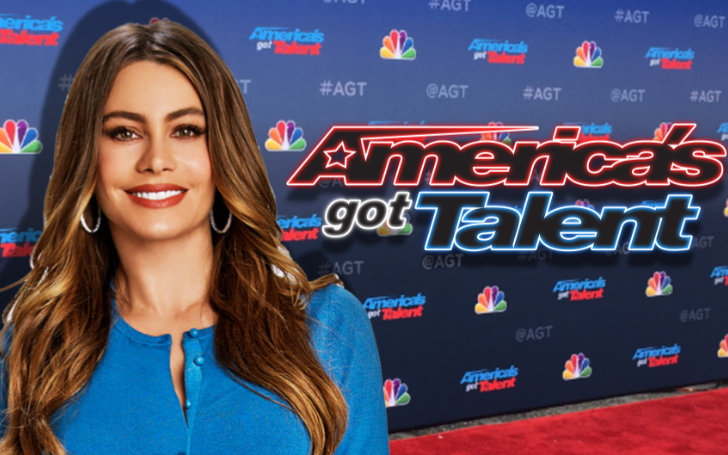 The Modern Family actress, Sofia Vergara, is finally joining the 15th season of America's Got Talent as a Judge.

NBC recently released the first group photo of the judges for the Season 15 of hit show America's Got Talent. Sofia Vergara, along with Heidi Klum, is replacing the previous judge Julianne Hough and Gabrielle Union.

Besides them, the other judges are Simon Cowell and Howie Mandel. The show also welcomes back Brooklyn Nine-Nine actor Terry Crews.

We present you the new judges of America's Got Talent season 15.
Source: TV Line

In a statement made last week, Klum said, "I'm so excited to be back at AGT with Simon, Howie, and Terry. The fact that Sofia Vergara is joining us is the icing on an already delicious cake."

Vergara is judging American TV show for the first time in her career after the nearing end of her most popular show, 'Modern Family.' However, we already know it was going to be great with her lovely accent and bubbly nature.

The American/Colombian actress played as the lead character in hit show Modern Family since 2009.
Source: Zimbio

You May Also Like: All you need to know about Heather Storm; Personal Life and Wiki

In the midst of all the excitement for the show, actress Sofia also took to her Instagram to share her feelings. She candidly wrote, "I am so happy to join my new family on [AGT.]

The Judges of season 14 in America's Got Talent.
Source: Parade

While adding, "This is a new and exciting next chapter for me, and I'm extremely proud to be the first Latin judge on the show. I can't wait to watch all the new Talent and have fun with all you guys!"

The show America's Got Talent is all set to hit the TV coming summer 2020.

For more of these articles, stay tuned to the one and only Glamour Fame.