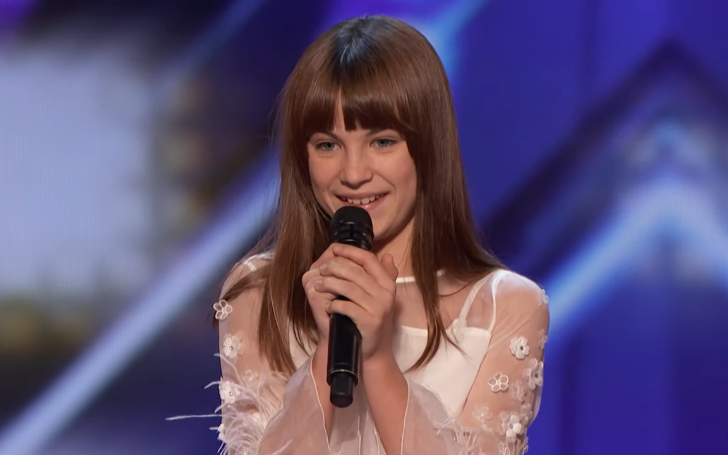 You might have heard the 13-years-old schoolgirl astonishing all 'four' judges with her fantastic rendition of 'I Put A Spell On You,' and Shallow from 'A Star is Born' on America's Got Talent.

The singer who claims that she had been singing since five years old is worth appreciating as her amazing vocal styles and deliverances are sure to drive you crazy.

So in today's article, we have come with some of the intriguing facts about the soulful Spanish singer Charlotte Summers.

5. Charlotte Summers appeared on stage in Les Miserables and La Voz Kids at the age of eight!

Before fame, 3-years-old singer Summers appeared on stage in Les Miserables before taking part in La Voz Kids at the age of eight.

Charlotte was always fascinated with music as from little she used to uploads cover songs and participate in numerous musical shows.

After her remarkable performance and near win on La Voz Kids in 2015 she went to perform on NBC's Little Big Shots in 2018.

Courtney Hadwin is from Spain who auditioned for America's Got Talent for a better platform opportunity, and she owned the stage.

2. Charlotte claims her favourite judge on AGT is Simon!

Charlotte claims her favorite judge on AGT is Simon Cowell which also happens to be her father's first name who plays piano and is bilingual.

From her early childhood, Summers was always fascinated with the musical notes; she even has a fantastic Youtube channel which contains some of the best musical shows with more than 50 videos.

Summers mostly tends her own rendition of the song besides imitating it. Loved her voice? If yes, then check out more of her songs here.

Hope you enjoyed the article. Stay tuned and connected to find out more intriguing articles of your beloved internet celebrities.